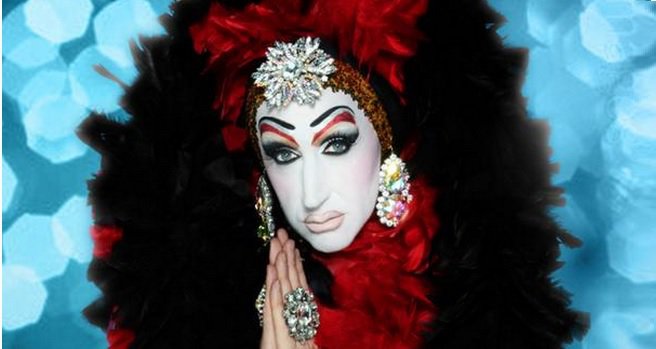 The world’s largest social network has decided to move forward with deleting all LGBT Facebook profiles who do not change their personal profile names to their legal names during a two week grace period.

The decision comes after Facebook agreed to meet with a group of drag queen activists on Wednesday to discuss Facebook’s recent campaign to delete hundreds of drag queen profiles who are using their “stage names” or chosen names on their Facebook accounts.

Facebook’s policy stipulates that a name displayed on a personal account must be “your real name as it would be listed on your credit card, driver’s license or student ID.”

“We had a good discussion with the group about their perspectives on our real name standard, and we stressed how the standard helps prevent bad behavior, while creating a safer and more accountable environment,” said Facebook spokesperson Andrew Souvall in a statement.

“We’ve decided to temporarily reactivate the profiles of several hundred members of the LGBT community whose profiles were recently deactivated,” Souvall continued. “This will give them a chance to decide how they’d like to represent themselves on Facebook. Over the next two weeks, we hope that they will decide to confirm their real name, change their name to their real name, or convert their profile to a Page.”

Activists have raised similar concerns for transgender users who could be at risk if they no longer identify with the names they were given at birth and use chosen names on their Facebook profiles. Many transgender people, especially transgender youth, may not be able to legally change their names and provide proof of the name they identity with if asked by Facebook. And for some transgender users, being outed by having to use their legal names could be dangerous, the activists said.
“This issue is discriminatory against transgender and other nonconforming individuals who have often escaped a painful past,” reads a Change.org petition. “They’ve reinvented themselves or been born again and made whole, adopting names and identities that do not necessarily match that on their driver’s license.”

“We didn’t get the whole issue solved by any means,” said Sister Roma, who brought the issue to light last week. “Facebook refuses to to acknowledge there is a problem with the policy.”

The DailyDot thinks Facebook is deleting accounts for a different reason:

Some believe that the action isn’t a bigoted one, but one driven by monetary gain. If the site forces performers to migrate to fan pages, they’ll have to start dolling out cash to Facebook for higher billing and promoted posts on fans News Feeds. In a post encouraging performers to purchase sponsored posts Facebook admits a non-promoted post only reaches about 16 percent of fans on average. “Honestly I feel it is about your profile matching your credit card—it’s all about money,” Roma said.
Sister Roma shared the following statement on Facebook on Wednesday:

They acknowledged that the current rash of suspended and deleted profiles have been under attack by users of the Facebook community who report the profiles for using “fake” names. Once a page is flagged it is reviewed by living human beings who police the site all over the world. If they determine that the person is not using their legal name on their page it is suspended for being in violation of the Facebook terms of use agreement.

While we could not get them to budge on the actual policy they did seem more open to considering that there are flaws in the complaint review process.

We met with Susan Gonzales, a public liason, and via skype with Monika, the person in charge of content policy. We also meet with members of the Facebook LGBT alliance. The purpose of this meeting was to establish an open dialogue and that’s what happened. I was very impressed by our team. Everyone spoke very eloquently and intelligently. Our broad community was well represented by David Campos, Steven Heklina Grygelko BeBe Sweetbriar, Tom Temprano, 3, Carmen, Nadia Kayyali, Dottielux Smith, Trisha Fogleman, Matt Cagle, Gabriel Haaland, Lil Miss Hot Mess, Alex U Alex U. Inn. Adam from Scott Wiener’s office and Mark Snyder of the Transgender Law Center. Thank you all for your passion and dedication

We left the meeting with an agreement that they would continue to meet with us to further hear our concerns and work together to find a compromise.

Conversations with LGBT employees of Facebook after the meeting left me feeling a little more hopeful. They hinted that this issue has been raised internally and there have been heated debates on both sides of the legal name policy. We definitely have allies working “on the inside.”

Shortly after the meeting Facebook announced that they would reinstate profiles of members of the LGBT community that had recently been targeted, suspended or removed. The statement further goes on to say that Facebook hopes that within 2 weeks time the users will either confirm their real identity, change to their legal names, or move to a fan page. While at first glance this seems like a grand show of support for our community it is actually a completely hollow gesture. Basically they offered to give us our profiles back so that two weeks later they could suspend them, demand we comply to their unfair and discriminatory policy, and if not, take them away again. This is completely unacceptable.

To Facebook this is an issue of broader consequence that could take years to review, rewrite or rescind. We do not have that kind of time. Our communities profiles and identities are disappearing daily. We could be wiped out entirely in a short period of time. If we do not get adequate action from Facebook in a few weeks time I would say that we’re ready to go back to our original idea and hold a protest at their campus. They might be able to wipe us off Facebook but they’ll know we’re still here!

We will not rest until not only drag queens, but everyone, has the right to CHOOSE how they wish to be identified on Facebook.

Stay tuned. This is not over! #MyNameIsRoma