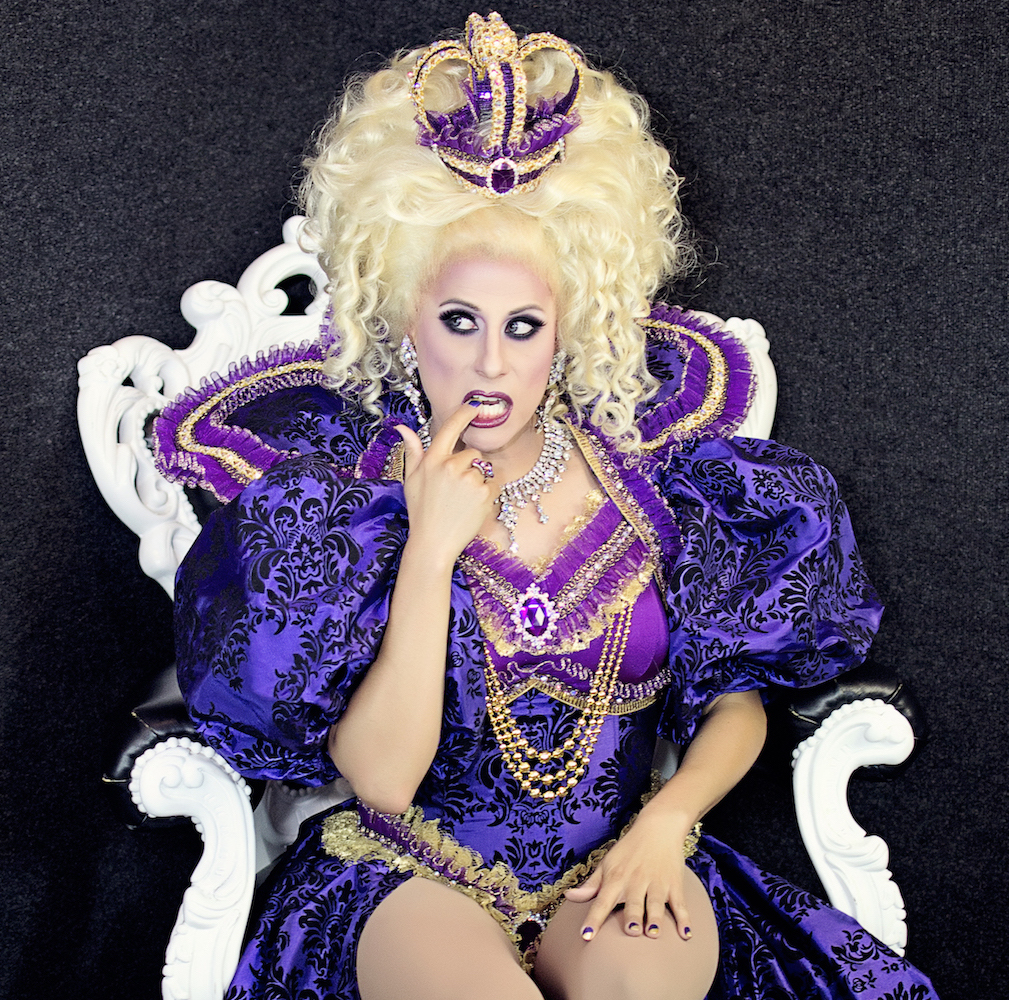 Have a little Faith 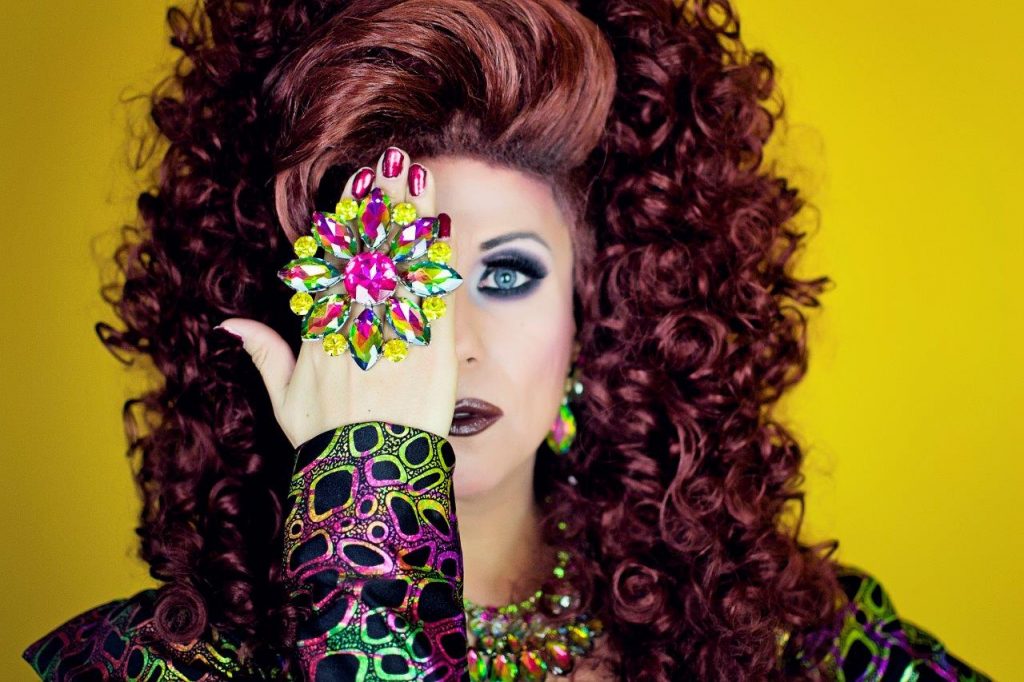 It is no secret that where we come from inevitably shapes the course of our lives. For our fabulous Divas, it can impact their style, the numbers they choose to perform, where they draw their inspiration from, and in some cases, the duration of their career.

Phoenix born and Tucson raised, catchy comedy girl Faith Michaels had life lessons from an early age that ultimately drove her – and her career – to the sunny beaches of Key West. Known for her quick wit and hilarious spunk, this ocean-side diva is the crown jewel and has been tantalizing audiences for the last 18 years.

We sat down with Michaels at her regular venue, Aqua Key West, to get the low down (and down-low) of her life, her passion and what makes her tick.

Drag Star Diva: Was Tucson a conservative place to grow up, and did that have an impression on your life?

Faith Michaels: Tucson is a conservative place to grow up. Everyone is trying to shove religion down your throat. Do what we say or you can’t be a part of our life. That’s not religion… that’s a cult. So I lost a lot of “friends” but it was fine. If you can’t except me and the way I live my life, then I don’t need you.

DSD: What led you to Key West?

FM: I was looking for a new home and wanted to perform full time. Flew into Key West on vacation and a friend said I can get you in a show or two. I ended up performing a lot more than two. Inga, the head queen, asked if I would want a job there. Hell yes! The rest is history.

DSD: Who introduced you to the world of drag?

FM: I went to my first drag show when I just turned 21… I saw Kenneth Blake and was blown away!

DSD: What’s the “state of drag” in Key West? 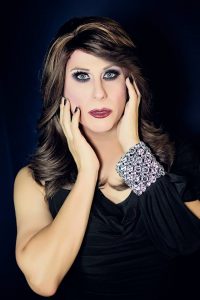 FM: It’s an island that’s 2×4 in size with three drag shows in town.  We deal with more straight people. I mean… a lot of straight people… Which I don’t mind at all. They were born that way… it’s not their fault. Plus, it takes two of them to make one of us so…. we need them 😉

Drag is a tough gig. It is not always rainbows and sunshine, and the life of a drag performer is much more complex than you might think. Hours of preparation are involved for the three-minute number that the audience sees. Designing wigs, endless makeup concepts, costume choices and rehearsal can take quite a chip out of a girl’s schedule. And then there is hoping the audience enjoys it.

DSD: Do you have a high number of “visitors” at your shows. Meaning…. are there always a lot of fresh faces at your shows, as opposed to the same repeat customers?

FM: Yes, and Yes. For the most part different people every night. We have people coming and going everyday on this island. Many find our bar relaxing and laid back. And many of our straight crowd love coming back every night. We do a different number each night for our repeat customers.

DSD: Does queens being on their phones bother you while you are performing?

FM: For the most part, people who come to our shows are respectful about the phone thing. Honestly, most of them don’t really know how to work them. For them to try to snap a pic can be torture!!  I tell them hurry up it’s only a two-hour show.

DSD: Would you consider yourself more of a pageant queen, a showgirl, or perhaps something else?

FM: I’m a full time, working queen. Well, I call it a bar queen but I like showgirls. I would say showgirl on my end. I love watching pageants and pageant queens but I just never seem to know what their looking for.

DSD: There has been a remarkable new wave of alternative drag (gender-bending, non-traditional).  What’s your take, and will it last?

FM: I’m fine with all of the avant garde looks and styles. Everyone is an artist and this is how they express themselves. Plus, they are not hurting anyone so I say have at it.

Will it last…hmm? I think that depends on where you live. Bigger cities will embrace the over-the-top look for years to come. But it depends on the performer since we all change our look over the years.

DSD: What’s been the most awkward thing to ever happen during a show? 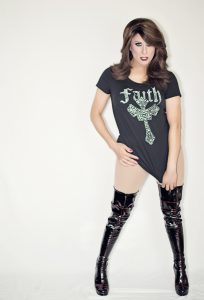 FM: Well, I live in Key West, so nothing is awkward. Even that one time a guy was eating another guy’s ass during a parade… It wasn’t awkward to me at all… I just politely watched.

Once during a show, I was talking to the crowd and thought I saw something… something familiar. But I kept talking and looking just to make sure. Then I said, ” Sir, are you enjoying the show? Comfortable?” He said, “Yes I am!” Huge smile on his face. I said as I walked up to him, “I can tell, you’re not wearing underwear because your ball is just resting on the seat looking at me.” I tickled the exposed genital. Wearing his little 1970’s shorts with no underwear… he just rolled out. His wife died!!!! He didn’t care just sat there with a smile ear to ear!

DSD: Is there a bond between all the cast members? Sisterly love, or push-you-down-the-stairs rivalry?

FM: A little of both. We are sisters and are there for each other and other days we get on each other’s nerves. Again, it depends on where you live. I have girls from down the street come watch and tip me. It’s a really small town so no time for someone causing drama. They have tried in the past but always get ran out of town. 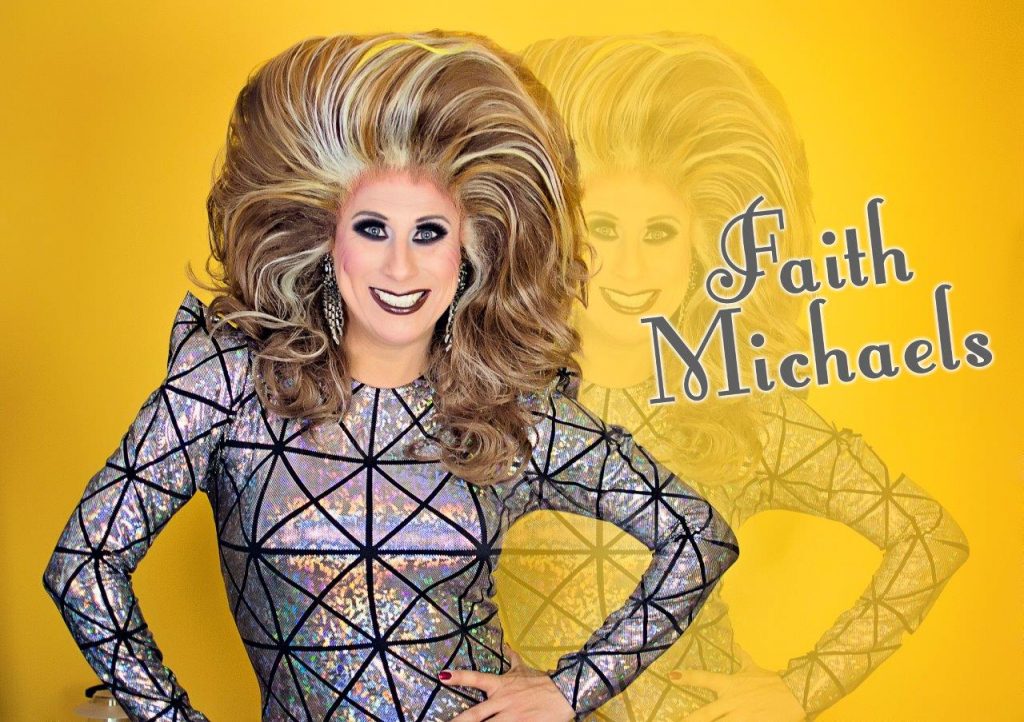 DSD: Do you feel that straight audiences make better audiences? Are they more responsive? Do they tip better?

FM: All of the girls would agree that we love performing for a straight audience. My boss – the man that owns the bar – is straight, too. They are awesome tippers!! They are there to enjoy the show or celebrate a wedding or engagement. [I] once had a lady who loved the show but the following year couldn’t come because she was fighting cancer. I told her the minute you get better you need to come back and celebrate with us. Guess what… she did!!! The gays and lesbians that come want to see a performance. They love drag and are ready to support us and help the straight people understand how it all works.

DSD: Who or what inspires your looks?

FM: Let’s see Nina Flowers, Thorgy Thor,  Bianca Del Rio,  Adore Delano and Bob the Drag Queen come to mind right off the bat. I see bits of myself in each of them. I love beautiful stuff… costumes, wigs, shoes. Then I think, “Can I wear that?”

If you happen to binge on YouTube for your drag fix, then skip on over to Faith’s channel to find your “Drag Boner,” from deals and steals on sickening heels. Faith is charismatic and your trusted GBF when shopping online.

DSD: Ever thought of auditioning for RuPaul’s Drag Race? What are your thoughts about the show?

FM: Oh, yes I have… just did it again. I love the show and what the show can do for your career. It’s a huge boost. That’s why I started sewing classes and learning new makeup looks.

DSD: As of late, there is a lot of fuss over the term tranny. Thoughts?

FM: I grew up using that word. If the transgender community doesn’t like it then we should respect their wishes.

DSD: Who has been your strongest ally in your career?

FM: In a nut shell… it’s all the people who support me in everything I do. They watch my YouTube videos; they buy my music on iTunes. They watch over me and root for me. They have my back. And now I can add you guys to the list!!

DSD: What’s next for you?

Still working on heel videos. Talked with Twisted Dee a few months ago about releasing my first song that I wrote called Fetish. [You can find the] music video on my YouTube page. We’ll see… fingers crossed.

Yass darling, Faith Michaels is a diva taking her spotlight wherever she goes. Her smile is contagious; her sapphire eyes bring magic into every character she embodies. If you haven’t had to honor of witnessing first-hand, slip your heels on and sissy that walk. Tell them The Diva sent you.