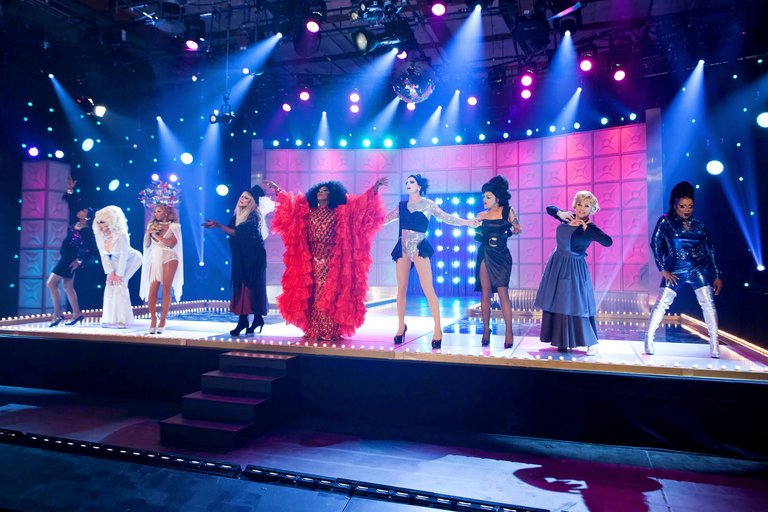 Showdown on the stage: Another Diva down

Divas will be divas. Last week’s episode of All Stars was a spectacle for sure.

The challenge: VH1 Divas Live. I think we all saw this challenge coming considering the VH1 move. The kitty girls were set to PERSONIFY pre-assigned Divas according to their own drag personality, or so it seems. In case you don’t remember who was who….here is the list: 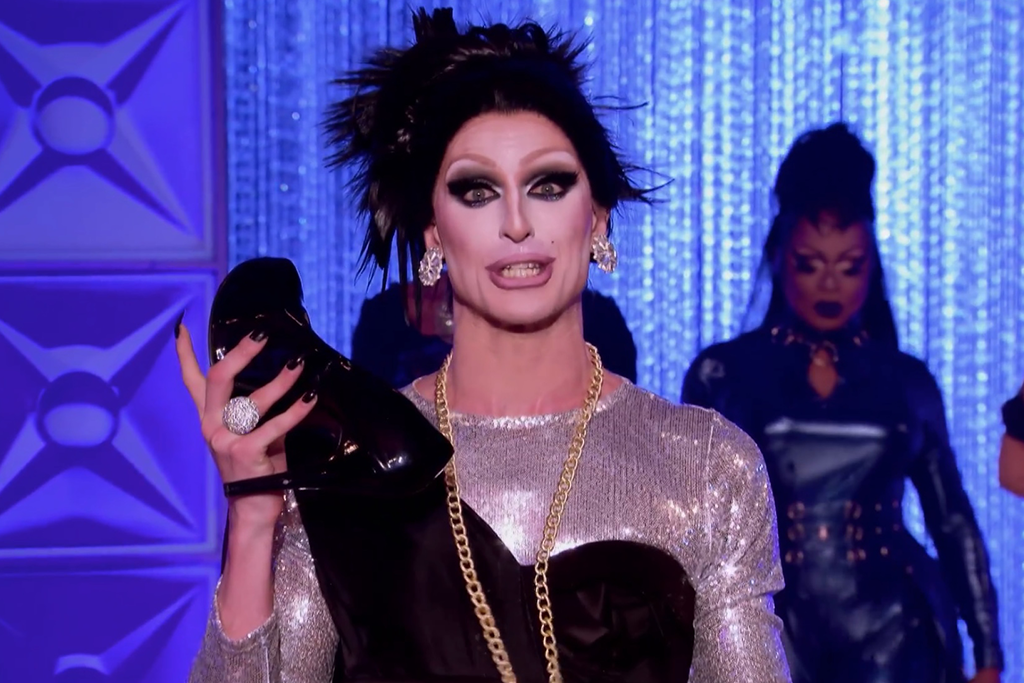 The divas also had a chance at RUdemtion (I mean isn’t the whole idea of All Stars a shot at RUdemtion…. head turns to Shangey times three). For runway, their looks were redos of runway choices that landed them on the bottom or sent them home on their seasons. So TBH we had to google those looks as we went along, and the only looks we remember are RU’s.

Prepped for the stage as their designated diva, a bit of the over-thinking, over-critical Thorgy Thor was back to her old ways. Set to embody the gold dust woman herself, Stevie Nicks. A not-to-obvious choice for a Div,a but a perfect choice for the Thor. The work room was filled with the over-explaining-every-detail that has become part of the Thorgy brand. Even thoughts of being sabotaged crossed her mind.

Set to choreography by the Fabulous Todderick Hall. It seems this was All Stars 3’s take on the “I’m The One” number from the last All Stars, which served all lyyyfe. Big expectations were riding high on this group: Kennedy seeming to stumble on every move, Shangela proudly declaring herself a method actress and stay in her Mariah character throughout rehearsals. The only one who seems to have been in sync was Ben Dela Crème. I think we can all agree, or at least assume, she will be the Alaska of the season. Let’s just hope she’ll have a made-for-TV melt down as well.

Ladies and Gentleman welcome to DIVAS Las Vegggg….. Oh wait. “vh1 Divas.” Isn’t anybody else a little curious as to why Frank Marino was not a judge? Gurrrrl stole my gig…… anyway.

Vanessa Williams joined the main stage as the guest judge. Shangela was being a tad bit extra, considering the RUdo look (sNOman honey) is what got her sent home the second time. And the one who made the call? Yup, Vanessa Williams.

Cue the musical. Bummer the queens didn’t get to sing their own parts like last season. However, the all diva covers of RuPaul’s songs were pretty cute.

Notable stand out was Trixie’s Dolly impersonation. It was everything. And was that a nod to Joselyn Fox (WONK WONK)? Shangela’s method acting paid off, her Mariah was spot on, although there isn’t much to lazy MIMI these days, Shangela did bring the comedy.

And then there was Ben Del la Crème – the it girl. We think Julie Andrews would’ve been proud. However, we would have loved Julia Andrew circa Victor Victoria.  Be that as it may, Both Ben and Shangela snagged the winning spots.

Notable fails: Kennedy, Ms. Jackson if you’re nasty. Did we clock a mishap in knowing the words? And then there was big and “milky.” We get the Celine Dion look and the fact the song was Peanut Butter, but that necklace and that drape was not cute. Girl, backwards tux and heart-of-the-ocean CHOKER and call it a gig. 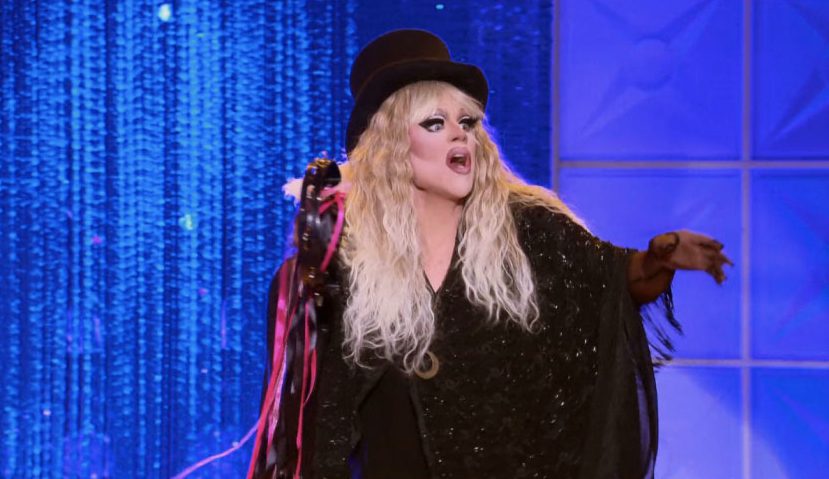 As to BeBe, the Divas in our HQ office have a theory (along with some Reddit queens out there in the world) as to The Handmaidens (Chad and Alaska). Could BeBe be a mole or a secret judge? Considering Bebe’s minimal bouncy performance of Diana Ross was at best safe, but seemed to gain a very enthusiastic applause from RU. Something just seems shady. What do you all think? Is Bebe a spy?

The runway was a bit more exciting than that musical. Milk’s redo of her glam look was chic, but her melt down after being found safe was a little cheesy, and clearly clocked by Michelle. What was that about?

Shangela seems to have redeemed herself with a snow globe and body suit that served. But why is Shangela always inside of something?  When it came down to the bottom, Thorgy perhaps secured her spot by stating Stevie Nicks is not a gay icon [gay gasp]. But the real shocker was Kennedy being at the bottom. Perhaps another Morgan-moment. After a night of hookin’ you know.

DRUM ROLLLLL: Thorgy Thor got the axe. Are we surprised? Not really, even though she had made an apparent allegiance in passing prior to her send off. And the one sending her off was Shangela, whom she made that allegiance with. SHADE. SHADE .SHADE.

But again, Thorgy isn’t really gone is she. Things are happening people, and we are only on episode two.