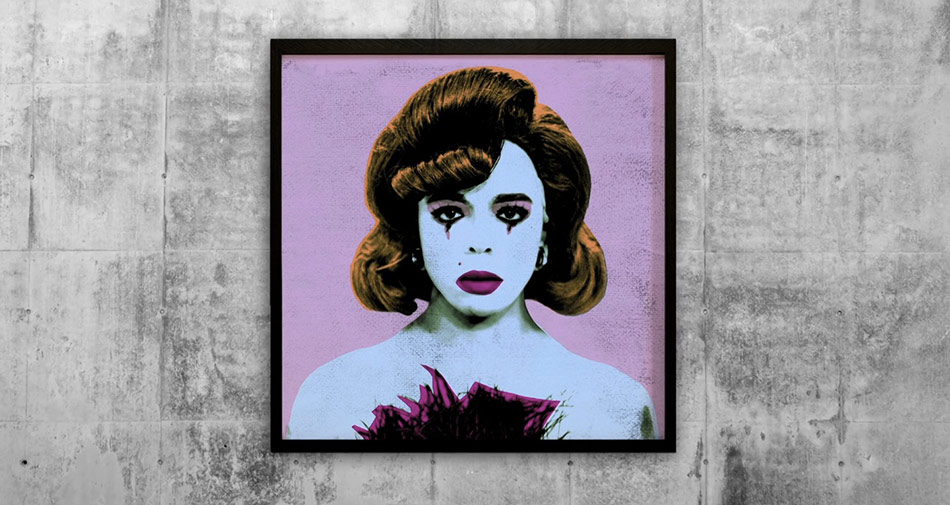 This possibly was the busiest and best RU week we have ever experienced. Seriously, between last week’s episode of All Stars havening’s us gagged, the new Season 10 queens being RUvealed, and now news is coming down the wire that Mama Ru is getting a star on the Hollywood Walk of Fame. 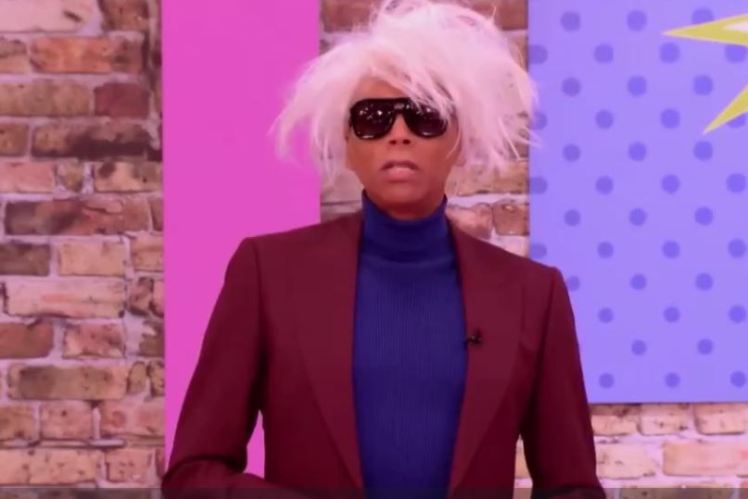 We could kiki about this for a while, but back to our usual RUCap. Last week’s episode was a Warholian extravaganza. For starters, the mini challenge took a polaroid angle to the queens. Dressed in their best IT girl wigs, the queens posed for the gawds. Aja securely cementing her win in the challenge with her blue hair doll face. Who’s the model now B*?

It was a full-on runway week, and we somehow feel Ru may have sensed our dislike of last week’s runway being cut so short. So a double lewk show was in order. Again, taking nods from Warhol, each queen designed their own wearable soup cans in flavors that best represent their brands. In addition to this DIY, queens were also assigned to create (from scratch) a disco look inspired by Andy’s favorite club, Studio 54. 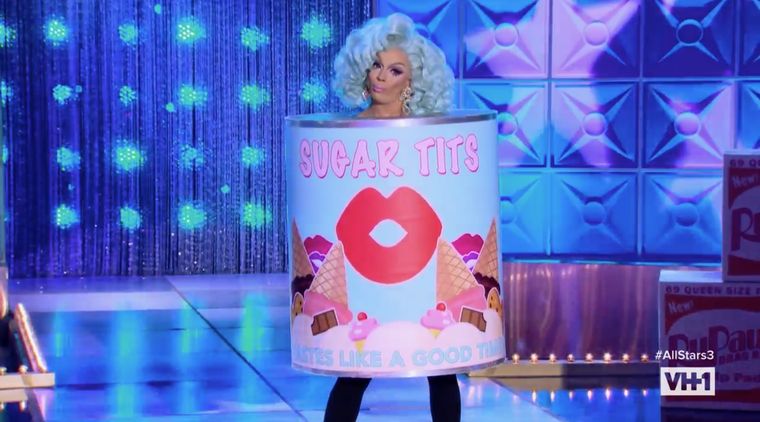 Considering this batch of queens, the DIY challenge is notoriously a make-or-breaker. Master sewers are present this season, even master glue gunners. And then there’s Shangela. [We are 100% sure all of her bad sewing memories are streaming back.] Even BeBe seemed to need a helping hand in the sewing challenge – that hand being Aja. Whispers have begun trickling in about BeBe feeling a tad dated among the new queens considering she really hasn’t placed.

Take to the runway: the show started off with the Can-o-Queens (the subtle branding challenge). Trixie, Shangela, and BeBe all stayed true to their characters in can form. Aja’s however, (all though we loved her can “Sugar Tits”) seemed to have fallen off brand.

Cue Bianca’s deluxe interpretation of Jagger’s pony (Google it for life): the queens one by one slipped off the white horse serving disco-face. Trixie made us think of that time Dolly was spotted at 54 also having a curvy moment herself. BeBe served blue metical ribbon fringe and wig for the gods. Aja served nerve and glam with her sheer hand-made jumpsuit, but unfortunately it was the wrong kind of glam, and didn’t impress. But girl we hope she don’t waste this look. 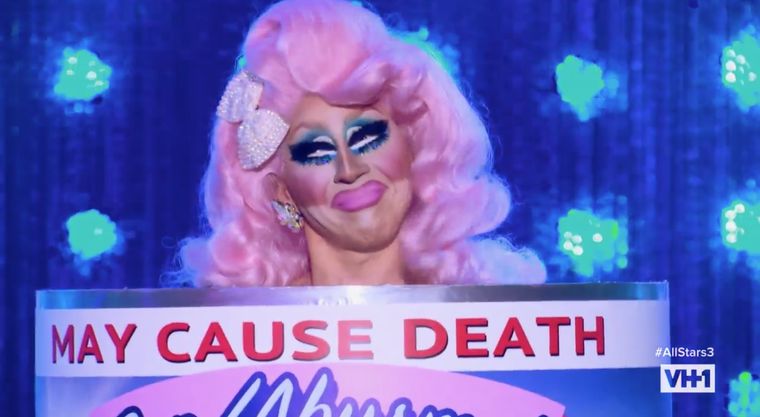 Ms Shangela, we agree it seems as if we might be picking on you a bit, but remember you did really well last week and we gave you your due credit. As to this episode, we can only say “go back to party city where you belong.” Gold Tinsel and Glitter records? Girl really, bring back the corn dress.

Critiques are getting tougher and tougher and Michelle’s eyes have only grown sharper – maybe it’s all the killer eyewear she wears on Snapchat. Aja missed the mark on her look, so much so that missing some of the iconic references were enough to land her on the bottom. And Shangela, in a complete reversal of last week, also found herself at the bottom.

As for their top favs for the week, BeBe finally made it, not without its shade though. Did anyone else catch that moment when Ru asked Bebe if she had made her dress and she said yes.  THE SHADE. Aja and Shangela locked eyes and you could just feel the WTFs going on in their heads. Be that as it may, Trixie a top this episode, had a complete RUdemption for her near death experienced with Shangela. 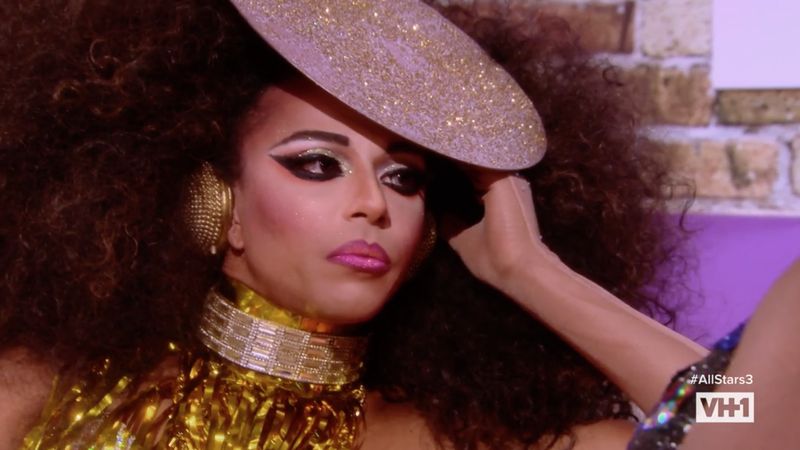 Lip-sync came and went with BeBe snatching the top score that sent Aja packing. This was not without some conjured emotion from Bebe. [Cue the water works.] Congrats on your win BeBe gurl, but things are getting shadier and our eyes are still on you.

Blessed be: Next week’s teaser, but where are the others? 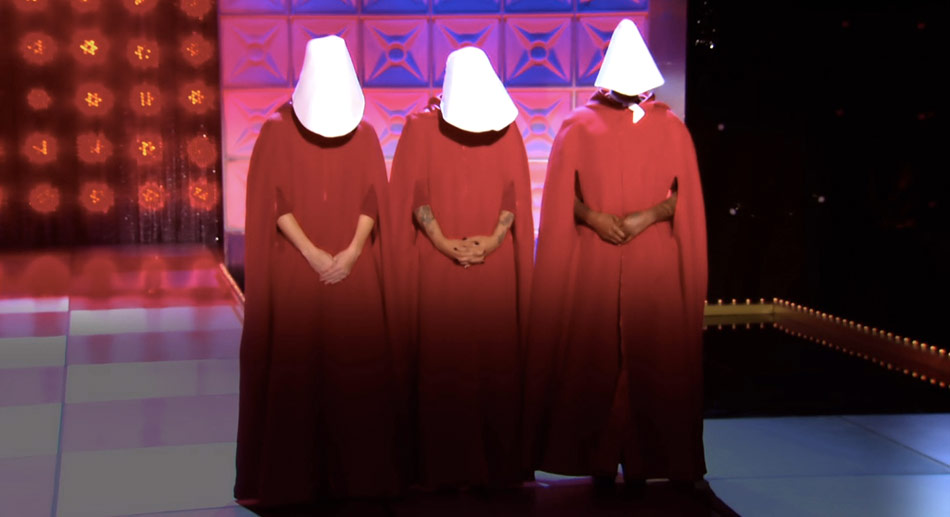