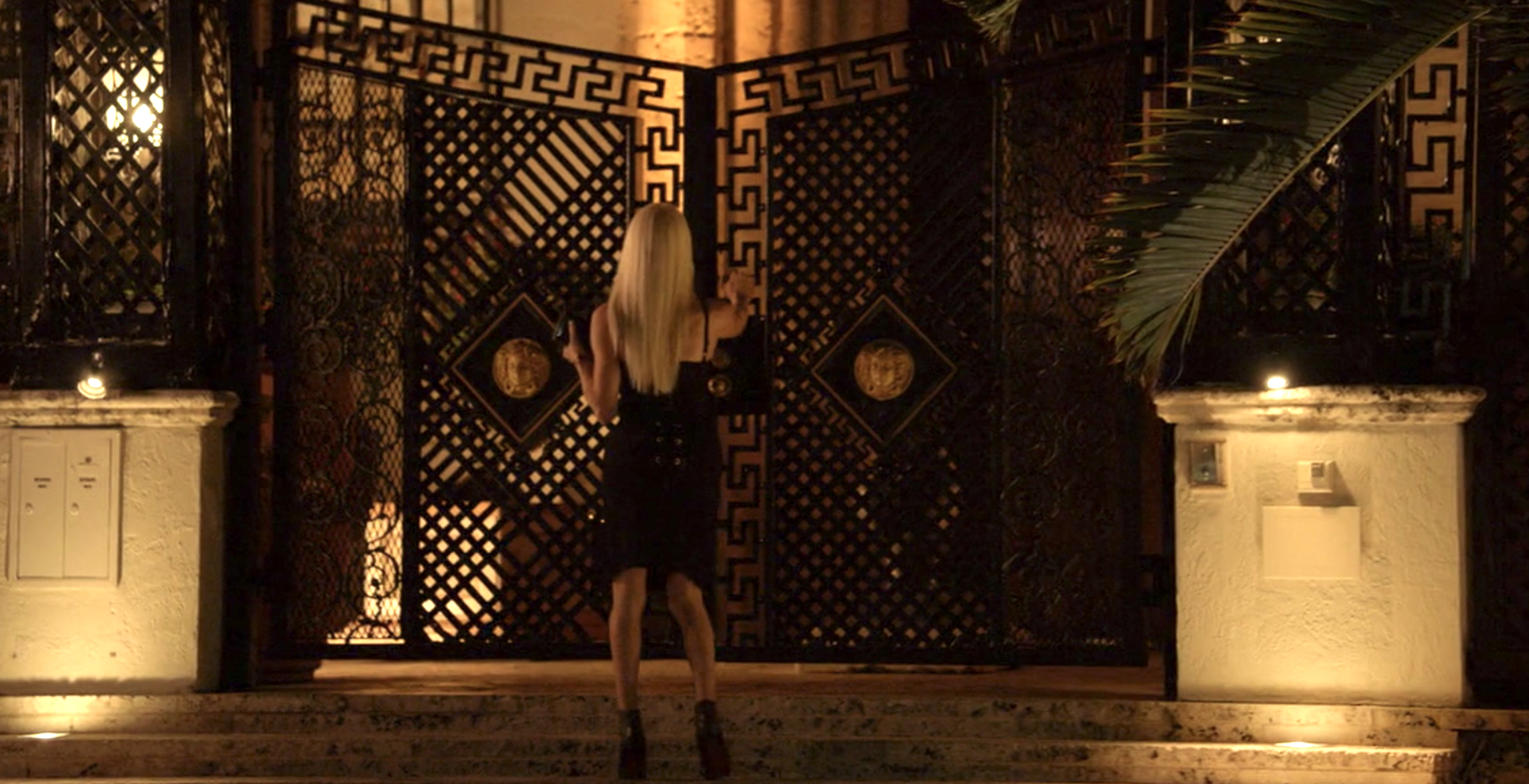 The knock heard around the world.

The second installment of FX’s American Crime Story, The Murder of Gianni Versace, is absolutely everything it’s been hyped up to be: glitz, glam, and an over-loading of gay culture circa 1997. However, one particular scene has already launched as a staple in gay culture circa now. “Gianni, it’s me, your sister.“ A new gay tagline that will most likely last all the way through pride month – or the Versace Fall collection.

We either have Ryan Murphy to thank for writing that line, or the fabulous Key West performer and local celebrity Queen Elle Taylor for delivering it. We at DSD couldn’t help but reach out to see how such a small little scene became an early highlight of the show, and who was the queen that landed the Drag Donatella role.

Drag Star Diva: How did this part come about?

Elle Taylor: Well. I was on my way back home from Tampa, and as I was driving down the Keys, I received a call from Kimball, the owner of Aqua nightclub (the bar I work at) saying I should call Glenn – the agent looking to fill the roll for the casting department. Once I got off the phone with him I gave Glenn a call and he was ever-excited to possibly have found someone. After talking to him we agreed that first thing in the morning I’d film my audition at
my home and send it in. A few hours I got a call saying I got the roll.

DSD: What were thoughts about playing “The Queen” Donatella?

ET: I was incredibly honored.

DSD: How many other queens auditioned for the part?

ET: At first I thought they only were searching in Miami, but I came to find out from one of the producers and directors that they were looking worldwide to try and fill the roll.

DSD: Was there a buzz in the Queendom about this part?

ET: I’ve gotten mixed feelings from queens some and some jealous.

DSD: Your part unfortunately is only mere minute or so (We wished it went on and on). Why do you think it was such a highlight of episode 3?

ET: I think it was an important part because it showed how humble Gianni actually was. He wasn’t a stranger to going to drag shows or having drag queens over at his house. 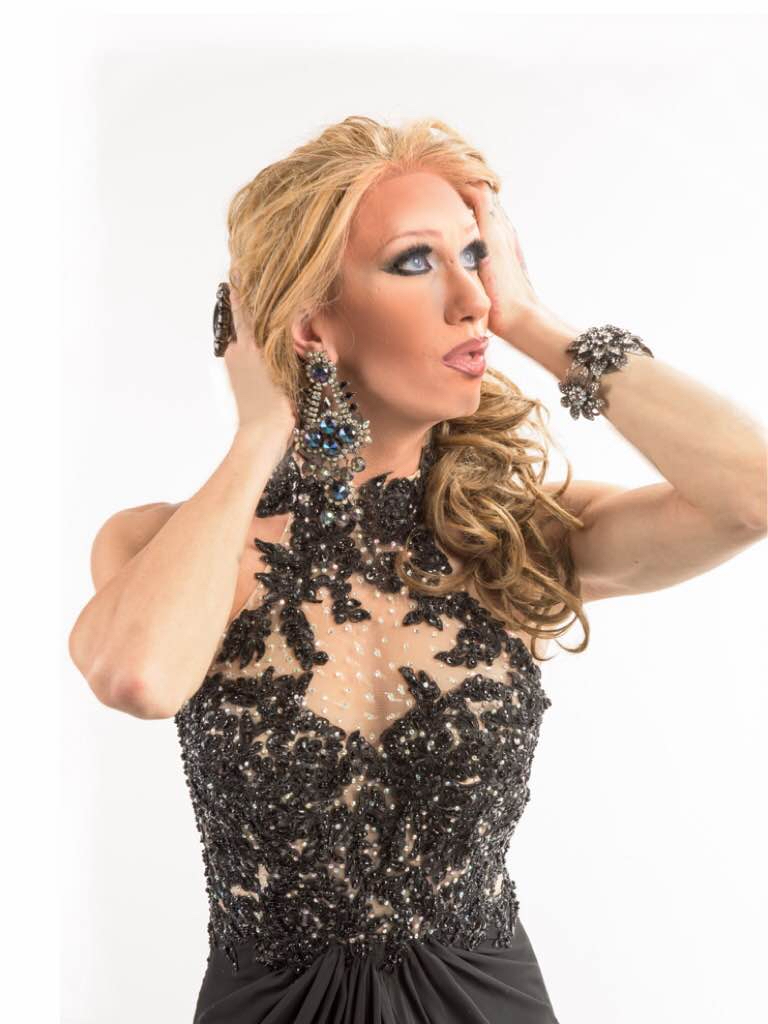 DSD: What do you think it is about Donatella that people seem to live for?

ET: She is so strong, and such a resilient woman.

DSD: You are based out of Key West. What is the drag scene like there?

ET: For me, drag where I live is a career. We only have six cast members at Aqua and we do shows seven nights a week. We have 9 PM shows Sunday through Wednesday, and on Thursdays we have a 7 and 9 PM show. Fridays and Saturdays we have a 7,  9 and 11 PM show.

DSD: Does it differ at all from the scene in Miami?

ET: Yes it differs a lot. Our 9 o’clock shows are two hours long and it is a sit down atmosphere with 95% of our clientele being straight couples. None of the Aquanetts have another job. Doing shows are all we do. [Get them coins, girl!]

DSD: How would you describe your drag aesthetic?

ET: My aesthetic is ever-changing. I have a dancers background along with that of the “circus performer.” I incorporate qualities into my show such as aerial silks, fire breathing, etc.

DSD: We noticed your tattoos, but didn’t notice them on the show. Where did they all go?

ET: I hate to cover them but for the show I had to. I have a process of covering my tatoos with different makeup that I have used over the years, but while I was on set, they were using a makeup palette from Jordane Cosmetics called the Total Tattoo Coverage palette on Ricky Martin. It is by far one of the best tattoo coverage makeups, and it’s nontransferable to clothes and water resistant.

DSD: Speaking of makeup, what are some of your favorite brands?

ET: Yves Saint Laurent Foundation, mascara, eyeliner and all of Jeffree Star Cosmetics. [Take a moment to check out our write-up on holiday makeup must-haves, with a video review by Jeffree!]

DSD: How long have you been doing drag?

DSD: This question never gets old, but, when was your first time in drag?

ET: I started dressing in drag when I was 15 and I did it in secret. No one knew that I did drag until I was about 18 and even then I don’t know if anyone knew that I was doing it.

DSD: What is it about drag that keeps you in the game?

ET: The evolutionary concept of drag – that’s what keeps me going. The fact that it’s ever-evolving and some new facet of drag to explore always presents itself.

DSD: Have you ever taken Elle Taylor on the road? 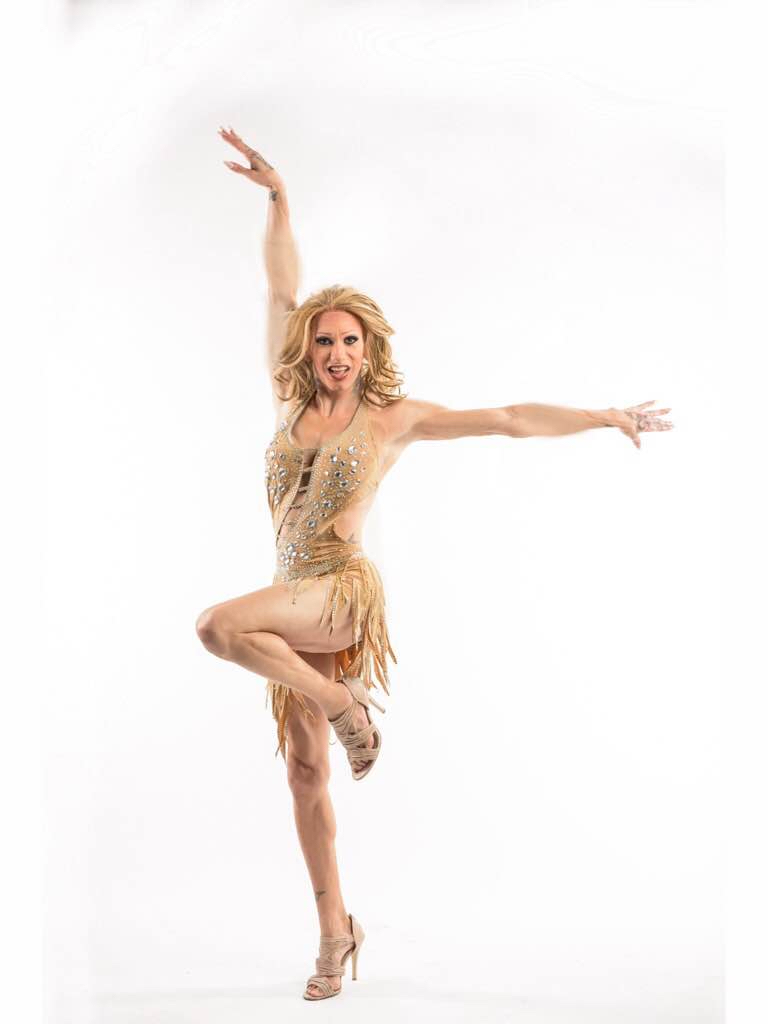 ET: Yes, all the time. It’s one of my favorite things to do. Drag is typically a hobby for most, but traveling is a hobby for me. I love going and meeting new people and performing for new crowds.

DSD: What are some of your favorite cities that you’ve performed in?

ET: There are so many but just a few off the top of my head would have to be in Honolulu, Hawaii, New York’s Fire Island and Louisville, Kentucky. [We’d love to know that works.]

DSD: What are some of your favorite lip sync songs?

ET: Evanescence by far is one of my favorite bands to perform to. There’s something about their music and Amy’s voice that just evokes something with in me. 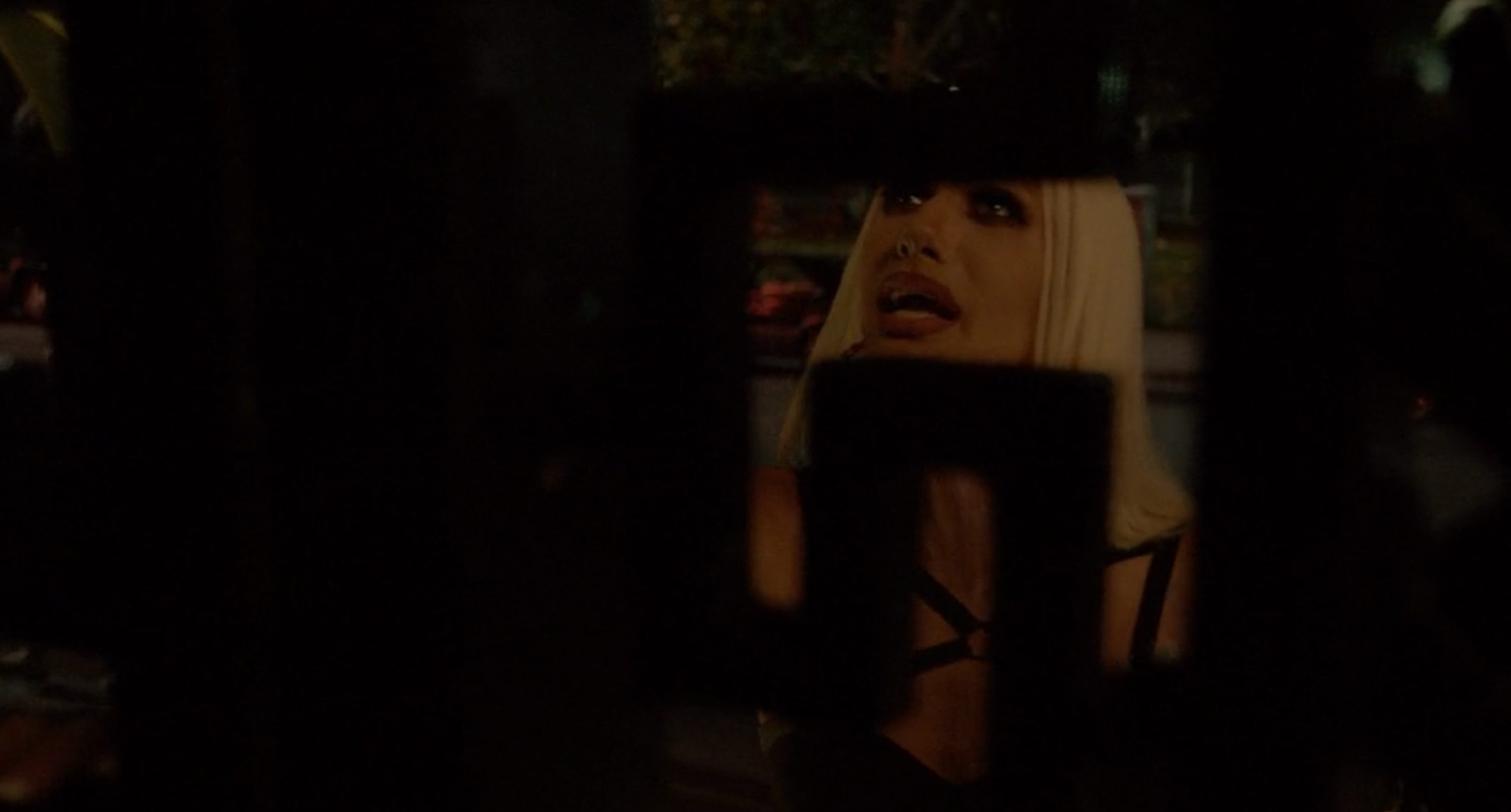 DSD: Back to the show… Will we see any more of drag Donatella?

ET: Sadly no, though the scene that I did shoot was much lengthier, but do to editing it got cut down a lot. But who knows, as you can all tell from the series, Ryan Murphy is known for his flashbacks.

DSD: What is Elle Taylor going to be up to in the next few months?

ET: Well as always, work at Aqua nightclub along with a few pageants on the horizon and really trying to set forth and plan a tour and travel to a bunch of cities over the course of the next year. So if any readers would like to book me or would like to see me at your bar in your home city feel free to contact me.

If you find yourself in Key West, check out Elle’s weekly performances at Aqua. Follow this diva on Instagram, and you might see some behind-the-scenes photos pop up!