We all know what a drag show is– camp, comedy, performance, alcohol and fun. But where did it all get started? Sure we all know some of the history, from men playing women in theater because how dare a female play the role of Juliet, all the way to Crystal Lebeija, and the divine Rupaul with his Drag Race. But in all honesty where did it all start? Who decided to combine comedy and singing and camp and dancing? And how exactly did it become the juggernaut of entertainment it is today?

What’s sad is that most of us don’t know our own history, and what we do know is all to often bleached and sanitized to hell. So in Drag’s grand tradition of serving the tea and preaching the truth we’ll be bringing you a new series of articles called HERstory. Nothing will be off limits and everything will be explored.

It’s time to untuck and see what’s under that dress.

Anybody ever read the Wikipedia definition of drag, No? I’m starting with it because it highlights an important piece of the past:

“Many drag shows feature performers singing or lip-synching to songs while performing a pre-planned pantomime, or dancing.”

You see, there’s been a long history of men dressing up as women- more on that to come. However this wasn’t necessarily because they wanted too, but because women were banned from many places and things throughout history. So when a man performs as Shakespeare’s Juliet today, its campy and fun, back then they were being all too serious.

So when did crossdressing become comedy and not serious acting?

That’s where the “Pantomime Dames” of old come in. 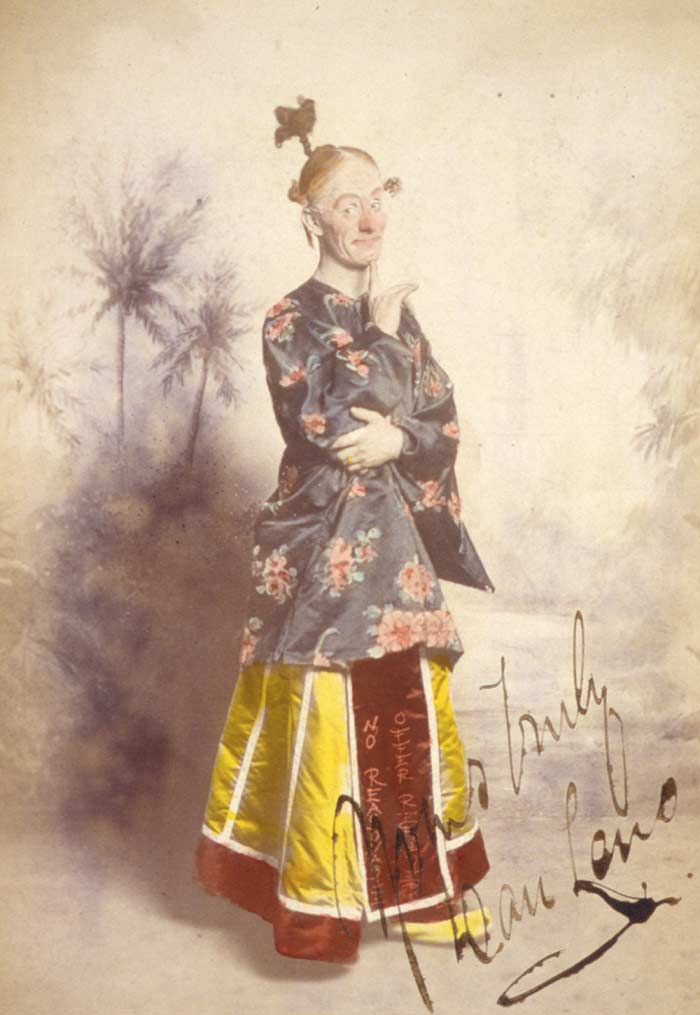 Dan Leno in the role of Widow Twankey, for an 1896 performance at the Theatre Royal, Drury Lane, (photograph by Alfred Ellis).

From the 1800s through a good chunk of the 1900’s Pantomime Dames, men impersonating females, were a popular form of entertainment in Europe– why does Europe get all the best things? You heard that right by the way, Pantomime Dames were an explosively popular form of entertainment during an age when only white men could vote and wars over slavery were still being fought. How’s that for a juxtaposition?

The Pantomime Dames of old were the first to incorporate comedy into their impersonation acts, as opposed to the serious acting that had previously characterized impersonation. They were campy, dressed extravagantly and generally gave everyone a good time. There were stock characters as well, much like how present day drag has several types of characters, from Adore to Jinkx to Sharon Needles to Violet Chachki.  Except back then they responded to the Victorian age’s ideals of working class, elegant, or grotesque… you get the picture, it’s essentially proto-drag.

The biggest difference however was the fact that these Dames were expected to be straight men. You’re talking about an age where they would chemically castrate  for their sexuality– I’m looking at you England we remember what you did to Alan, so it’s hard to tell how many of these men were truly straight.

Nelson Keys was one of the more successful of these Dames. In fact he was so good that when he played Mother Hubbard in Red Riding Hood at Covent Garden in 1938. The future Queen Elizabeth II and her sister, Princess Margaret were taken to see it by their mother, the Queen and OG user of the phrase “Keep Calm and..” (yup your funny meme was the rally cry of the Queen of England during the Second World War). Yeah, even the Queen of England was a fan of the OG drag show. 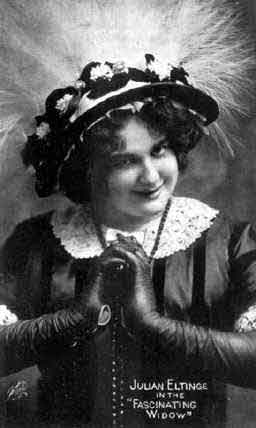 So how did it all start to fall apart?

For starters, the Second World War devastated Europe. If you haven’t seen photos of what these cities– even grand ones like London, looked like after then google some photos.  The destruction kind of put a damper on Europe’s ability to indulge in fun like the Dames.

Add in the fact that it had started to gain an association with “The Gays” and the grand old Pantomime Dames took a bullet to the head. However, they show us all that toxic masculinity, and not embracing everyone is killing us all and that drag is for everyone to enjoy. If the Queen of England can get down with it, your macho boyfriend can too. Oh and some of these Pantomime Dames were genetically female– just some food for thought.