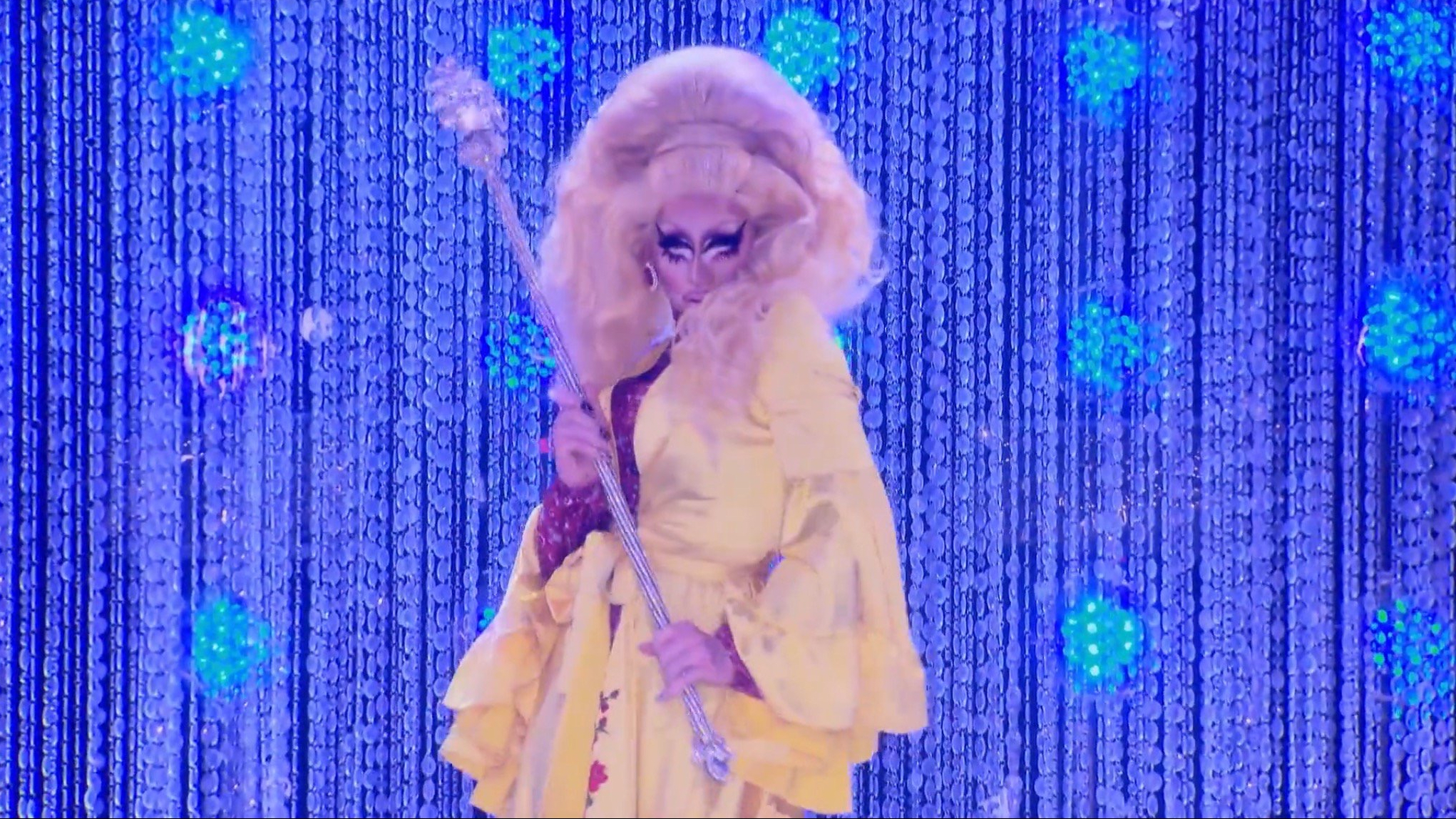 In a stunning finish line moment, Trixie snatches the crown.

ConDRAGulations to the greatest drag queen folk singer who has ever lived, Trixie Mattel. Perhaps one of the most memorable queens to ever walk into the work room, Trixie has been a crowd favorite since her season 7 debut. We’ve said time and time again that growth as a queen  is the deciding factor of who takes the crown, and the council has spoken…Trixie has grown the most.

The finale of All Stars 3 served us tea…lots of it. The gags of this episode alone were too much to handle. It was a Todrick Hall judging episode, and this time he dropped in on the last episode which was an automatic red flag that something was brewing.

The remaining four queens were set to cover Hey Kitty Girl with choreography masterminded by Todrick. RuPaul also dropped another bomb in the workroom announcing the return of the eliminated queens (did the eliminated queens ever really leave?). Their task: vote to see which two queens will lip-sync for their legacy. Gag number one. Those who were eliminated would take into consideration the musical number, but the real tea is that each girl would plead their case as to why they deserve the crown. Gag number two.

Enter Todrick (boy we love him). As per usual, the choreography is overly extra, and after coaching the queens and seeing their short comings, Todrick grew frustrated and asked them to leave the studio.

Once outside, the Broadway superstar then informs them that the challenge will be performed live…all in one take. You guessed it. Gag number three.

With a team of dancers backing them up – including the unicorn himself Jake Dupree (read Jake’s interview) – we also noticed that each eliminated queen snatched a cameo in the live broadcast. In true Read U Wrote U style, the All Star cast made another hit song for Ru. Now available on iTunes (wink, wink).

The Queer-Peers, one by one and those remaining faced the jury. Up first was BeBe, whom we thought this whole season was a secret judge and who was getting ready to RUveal herself, was to our dismay in fact just another contestant. With that now cleared up, looking back at her time on the show, we couldn’t help but ask ourselves why BeBe lasted to the finish line. No tea. No shade.

Kennedy pleaded her case with the judges. Her premise? Her fellow All Star divas who remained  in the competition had already found stardom and stable careers that she so desperately craved. As if winning the show opens that door. I mean, BeBe was a contestant and she done already done had hersez.

Enter Trixie. Her case was simple. Of the four standing on stage, she declared that her growth during the season is All-Star-worthy, even mentioning in a sister-girl moment that Shangela, too, has considerable growth from episode to episode.

Last but not least, the queen-in-a-box herself Shanelga elaborated on why she should be chosen to take the crown. She, like Trixie, also spoke of her personal growth and perseverance. To date, there has been over one hundred queens who have competed on RPDR. That’s a lot of divas to keep track of. However, one name everyone certainly knows in Shangela. The show itself has become her brand – the returning queen from Paris, Texas. Anyone who knows Drag Race knows Shangey Angey.

The runways were “best drag” extravaganza, and the looks served signature looks. BeBe in a cat suit, Kennedy in a pride dress (go figure), and Shangela draped in gold tinsel. As for Trixie, it was special-edition Barbie realness. The judges to a pregnant moment to praise each queen for their time on the season.

The mood shift was swift when Ru called on Morgan McMichael’s to share the names of the top two queens – automatically eliminating the names not called. You could cut the tension with a 6-inch spike Jimmy Choo.

Based on points, the eliminated queens choose two pink lipsticks. Their first choice was worth two points and their second worth one. We learned that it was all going to come down to a photo finish. The score numbers are gag number 4. 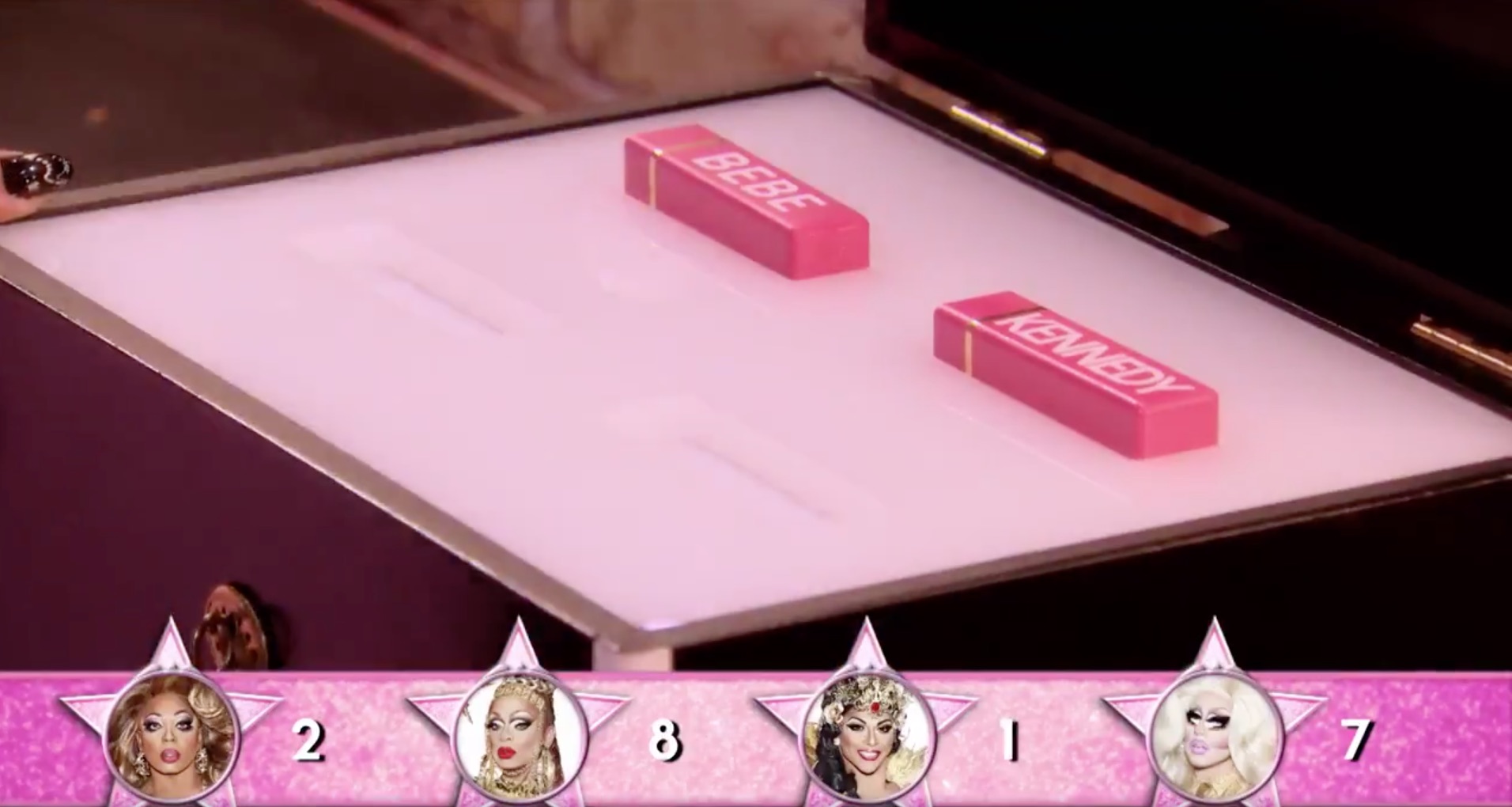 We were certain that Shangela was a sure-to-win following BenDelaCreme’s sanctimonious exit. However, Shangie received only one vote. Gag number 5. Hell, that may be the ultimate gag – the gag of all gags.

Trixie came in with seven points and Kennedy with eight, making them the top two queens.

Kennedy, known as a lip-sync assassin, and Trixie being the fan-favorite made the lip-sync nail-biting. (Admittedly, we were still reeling over Shangela’s exit so it was hard to focus.) Set to Miley Cyrus’ Wrecking Ball, the dramatics were on in full force, and Trixie deservingly snatched the crown.

Let it all sink in.

This season of All Stars didn’t disappoint. Every episode had its gags but especially this last one. Fans are quickly reacting to the results. #JusticeforShangela is a trending topic across social media platforms and we are all in our own workroom eating popcorn to see what happens next.

We are DYING to know what you all thought of last night’s episode and if you think the crowned diva did indeed deserve the crown. LET US KNOW YOUR THOUGHTS BY COMMENTING BELOW.

And, it might be too soon, but who should be on All Stars 4?

Carry on divas. Carry on.