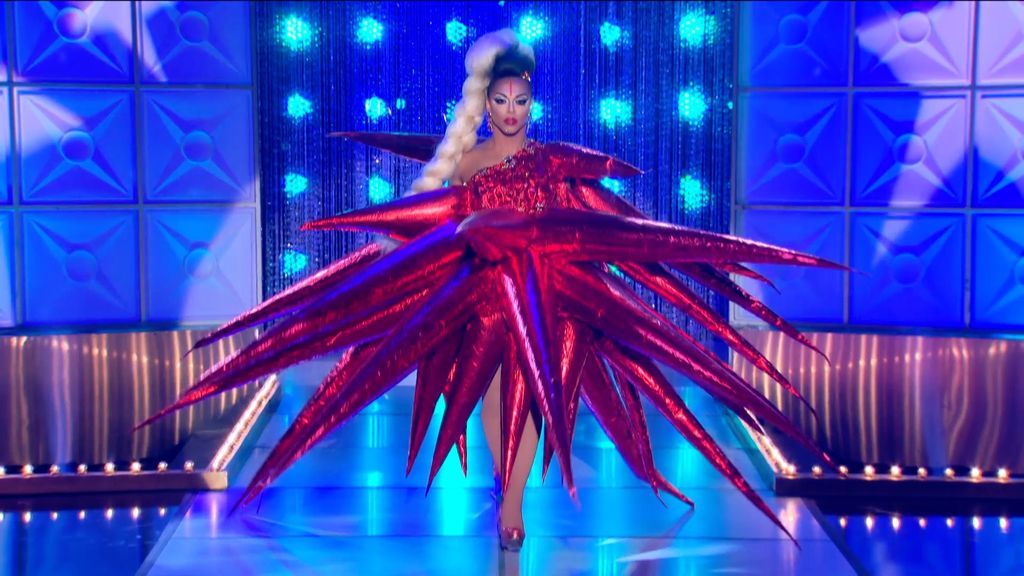 We have arrived, four All Star Queens remain and not just four queens the Top Four. This week’s episode of all Stars will be its crowning, and remember this is All Stars so we don’t get the big sha-bang finale we usually do. Differing from last season’s Top Three, the fourth addition only leads us to believe mama Ru has more up her sleeve, and maybe just maybe our theories of Bebe being a secret judge/mole are correct. 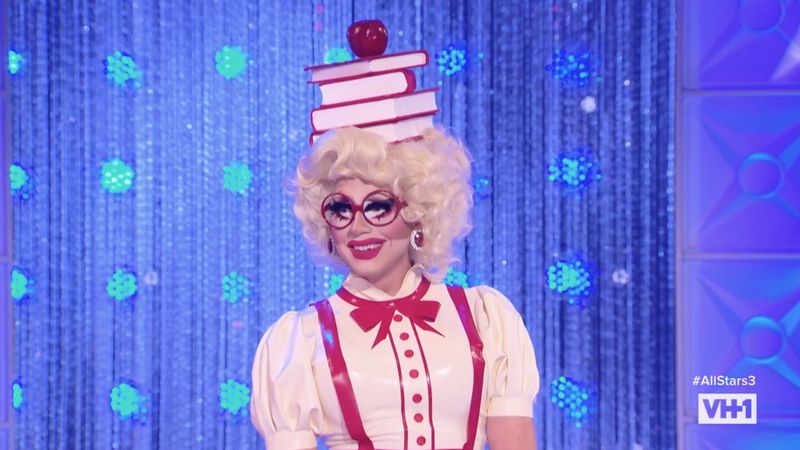 After BenDela’s shocking elimination and, TBH, sympathy-selection of Morgan McMichael’s to return, any episode following that one is going to seem like a filler and a filler it was.

Now with Morgan’s return and the season’s sure-win gone everything seems to be flipped on its head. The reality of the competition now sinking in. Each queen leaving a confessional as to why they want the crown making it all the more real. Kennedy opening up about her lack luster meet-n-greets which she hopes to turn around with her second appearance, and Bebe’s reintroduction to the franchise will hopefully boost a fading brand. Each testimonial making each queen more human, after all this is a life changing competition and the stake is high. 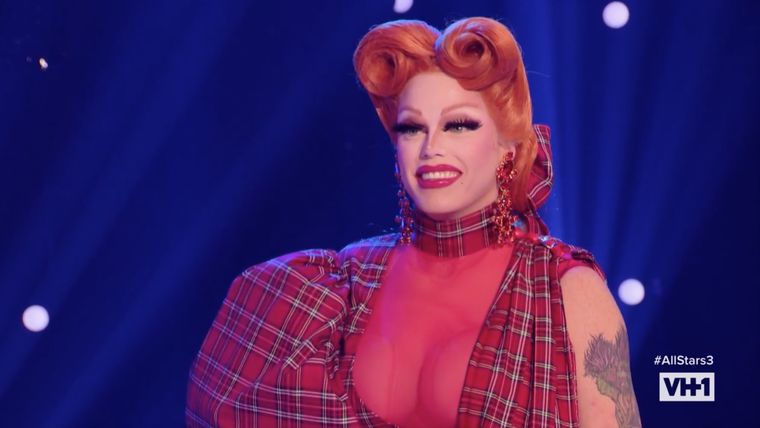 Before that finish line arrives there is one more acting challenge. The remaining queens with the help of Minority Leader Nancy Pelosi, which we were hoping she would be on the judge’s panel, assigned the girls to My Best Squirrel Friend’s DragMaids Wedding Trip.  Each role being delegated by Morgan who not only has to face her peers but needs to place them in role that suites their personalities. This could’ve  been a good opportunity to sabotage her team mates in her favor. Trixie being assigned to Drag Erin Brocovich seemed to have been an attempt by Morgan to do just that.

Trixie however not wanting this particular character realized it had the most dialogue took full advantage of the moment  brown wig and everything.  The Queens seemingly nailing their roles. The one stumbling thought was Morgan herself as the Beige Swan.

The runway served up some ThunderFvck with a Read for Filth extravaganza. Inspired by Alaska’s Perfume Challenge back in season 5, the reaming All Stars adorned their best Red.  Shangela even wearing a Gaga-inspired Artpop-era look, well more than just inspired it was made by Gaga’s same designer, snatched the show with an infallible feature. Morgan, served her iconic Scottish Queen look in red tartan and had us convinced she may stay to play after all.

The judges went in more so on the acting challenge than its runway looks. Shangela and Trixie being the strongest actors effortlessly landed on the top. Leaving the remaining queens all at the bottom.  After lip-syncing in a fat suite Shangela was deemed the winner and it started to become clear who would go home.

The curse of the returning Queen lives on, Morgan although scored on the runway, was again voted out. Trixie later revealing she had also picked Morgan to vacate saying she just could not have let her stay this far into the game.

After this news, Ru reveals that the remaining four is officially the Top Four All Stars and next week’s episode will be the crowning. And not to dog on this season, but we were really hoping for at least one more filler. Next week’s finale will be a Todrick episode, so we know this will be a challenge, also RuPaul teased a reunion with the eliminated-queens, in the tease there is solely one chair hinting on maybe the Top will face the reunion one-by-one. How long will this finale be exactly?

We also want to hear from you, which team are you on, and are these the Tops you expected?