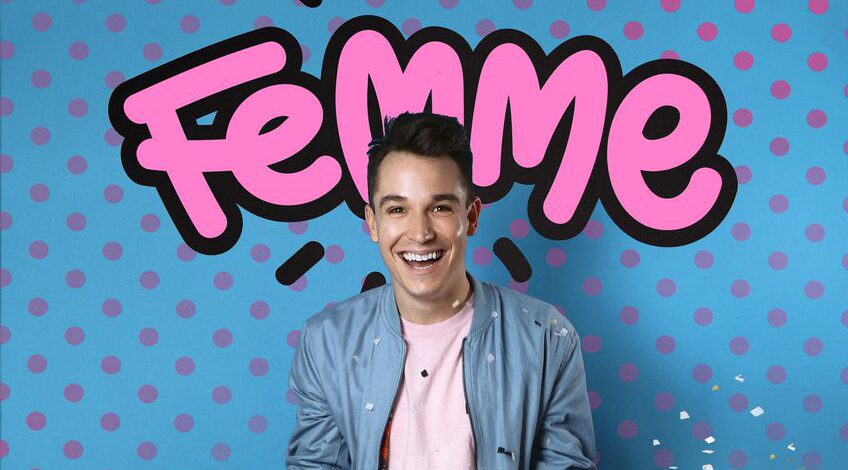 A new short film making its way through the festival circuit is taking a very hard look at the misogyny epidemic plaguing our supposed live-in-your-truth community.

Fed up with suppressing his Femme-ness in a quest for love, writer and star of Femme, Corey Camperchioli, tells his all too relatable story of being a tad too feminine. The short film that is taking those Masc4Masc machos to task stars RuPaul’s Drag Race alum AJA, and is produced by Benno Rosenwald and The Marvelous Mrs. Maisel’s Rachel Brosnahan.

With an all-star cast and team behind him, Camperchioli has set a very large stage for himself where he is finally ready to free his femme. Corey sat down with us to chat about the driving force behind is Femme-ism and how his short film is hoping to free more femmes of their unnecessary conformity, and perhaps end a sub-segregating mindset in the gay community. 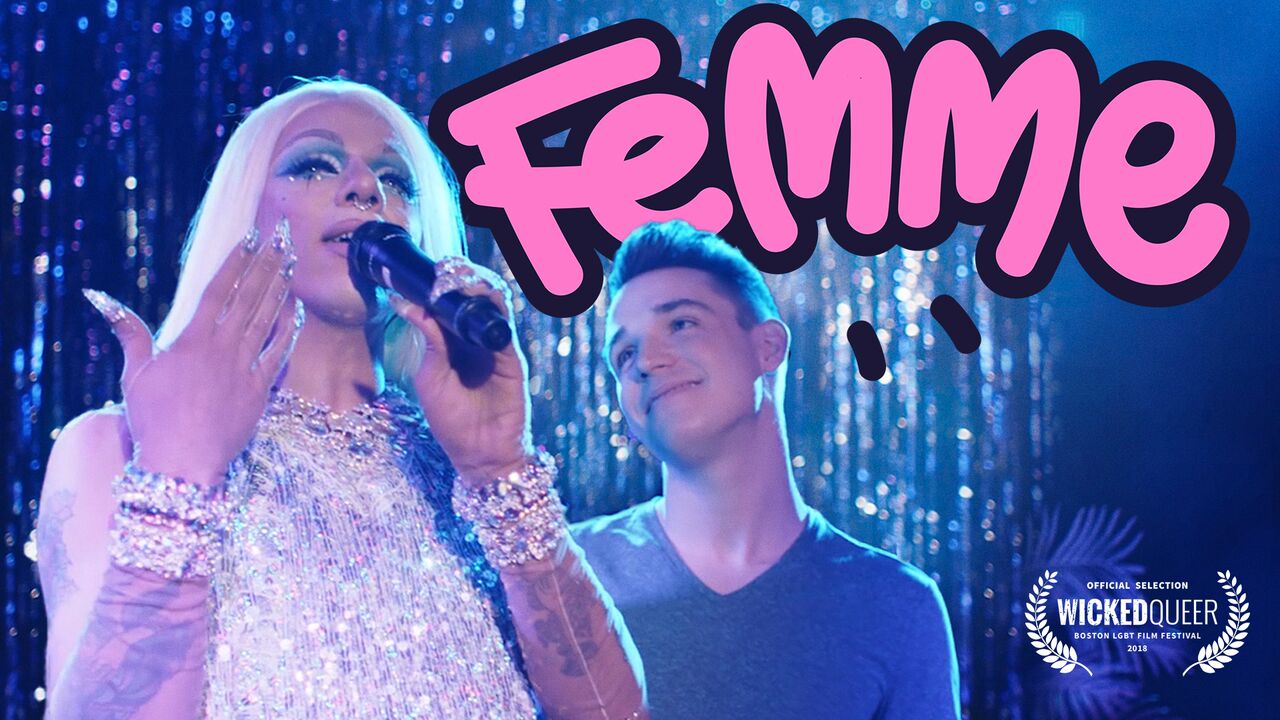 Drag Star Diva:  First up, where did the idea for Femme come from?

Corey Camperchioli: I had been on the “apps” for a while [laughs] and you know I was seeing no-fats, no-femmes…masc-only profiles, and there is a certain amount of times after seeing that until it starts to take a toll on you. The way it took its toll on me made me want to dig into this and really get to the bottom of why this femme shaming exists, and why there is such an emphasis on masculinity in our community.

In exploration of those issues, I realized not only is that within our community, but it is such a wide spread thing which traces back to misogyny in general. And the patriarchal society’s deep fear of femininity and the power of women. So Femme was my way of exploring this and also learning how to really love myself. I wrote this as an aspirational movie and to the fact that I really didn’t love myself as is. I had never seen something or someone who really celebrated femme-ness before and so I challenged myself to write it for myself so I could learn to love myself in a way that I didn’t at the time.

DSD: Why do you think being femme is so polarizing in our gay society?

CC: People really feel threatened by women and the power that they have. We see lawmakers trying to govern women’s bodies, etc. We see it all the time. The other side of the coin for example is gay people growing up and trying to hide what makes them distinctly queer. For a lot of people, it’s the way that they act and the way they talk and so much of it is internalized homophobia and they suppress that. And then they get out into the dating scene and take that out on other people in their own community – taking out what they have received and spewing it back out.

DSD: Tell us a little about the #FreeYourFemme movement?

CC: A part of why I made this movie is that I really wanted to travel and I wanted to meet my queer brethren and really hoping that using that hashtag is a way people can tell their stories and express their way of showing their femme-ness. I’m really looking forward to how people react to this story and what it means for them, and hearing those stories.

DSD: You wrote this movie as a way of accepting yourself. How did all of the pieces fall together?

CC: I had done a pilot out in L.A. about three years ago and the producer of that pilot was Benno Rosenwald. He was really interested in me and he told me he really wanted to manage me as an actor and I said fantastic! I remember the first meeting that we had I felt like he saw me as femme-queer person and really loved me for it and saw something in me because of that. I feel so many times in the industry I would go into these auditions and I would try to be more masculine and play straight and it really just dulled everything that made me special. I think that this was the first time I met some in in the industry who said, “no, your queerness is special and it’s what makes you unique.” That became a big turning point for me.

DSD: Benno really moved that needle for you, didn’t he?

CC: He was like: “Listen Corey. If you write your story I’ll produce it.” That was so empowering for me. I think for the longest time my biggest struggle was feeling that my story was worth telling and so many times we as queer people are told that we shouldn’t take up space and for someone to give me the encouragement in saying please tell your story and raise your voice. Not only that, but also say, “I want to work with you in making it happen.”

DSD: It’s validating. I’m sure that you will agree that so many of us who are femme feel discarded.

CC: That’s why I’m so excited to see a #FreeYourFemme movement play out because that person [Benno] told me that my story is worth telling, and if I’m able to tell that to a couple of kids who feel their femme-ness is worth celebrating then I feel like I’ve won. 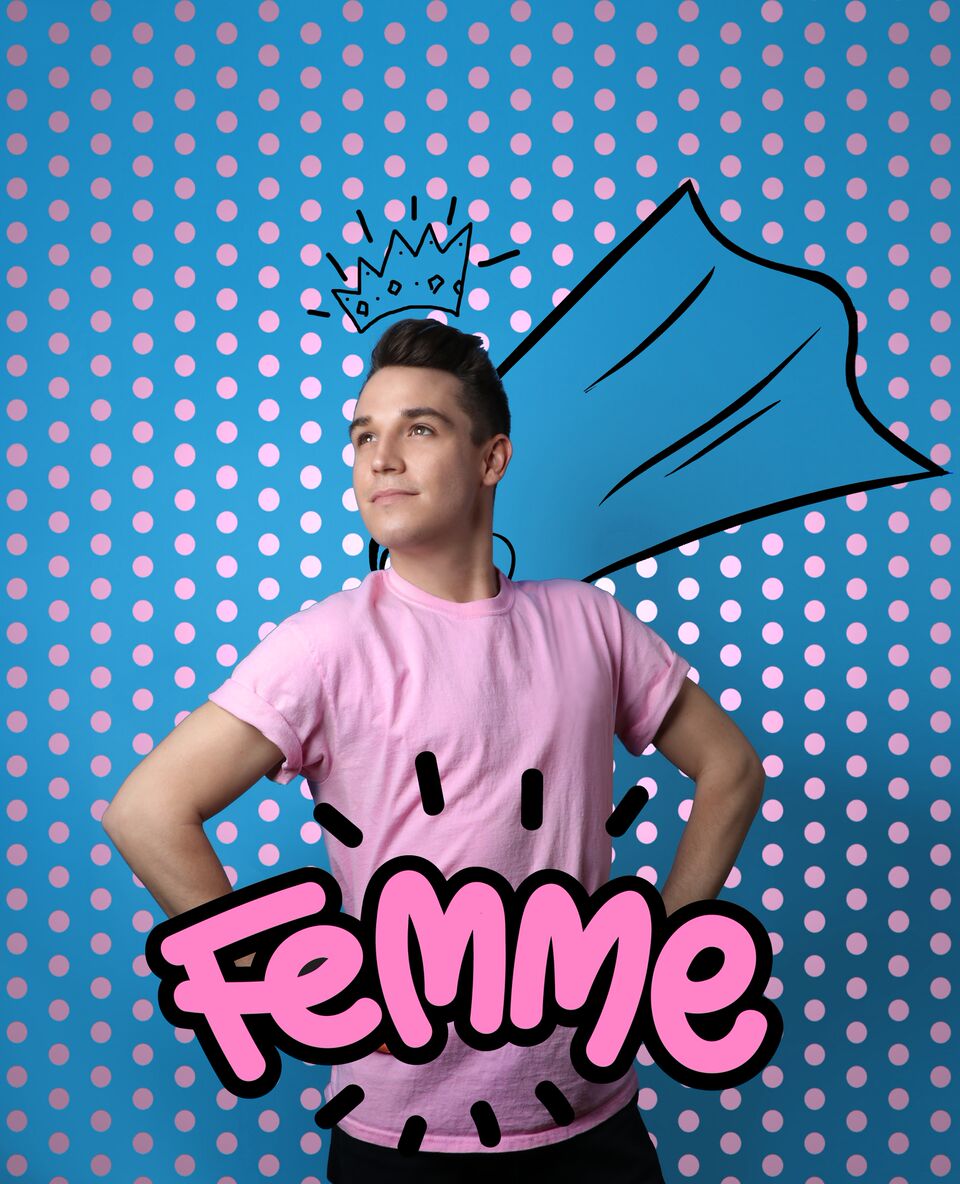 DSD: What would you tell the Femme Boys of the world?

CC: I’d say you are worthy. You are perfect exactly as you are. And I’d say that your story is also worth telling and some people might think less of you because of how you present to the world, but that is really your superpower. So learn how to accept that and embrace that and you will learn that your life has no limits on where it can go.

DSD: How did AJA get involved with Femme?

CC: I’ve known AJA from the NYC drag scene for a while, even before Drag Race. It’s funny so, I feel this entire process has been like.. you are given a dream and the second you commit to that dream the universe gives you everything you need in order to make that dream happen. Like truly. And AJA was another piece in that puzzle. I was actually at her birthday party maybe two months before she was announced on RPDR, and they had a raffle and the prize was that AJA would put you in drag. At this point we had already launched a Kickstarter for the film, and it was getting a lot of traction.

So, cut to 2:30 am and they draw the winner of this raffle and I won [laughs]. The next day, I had talked to my director Alden Peters, and I asked him. “what if you filmed AJA putting me into drag and I interview her along the lines of straddling the lines of gender? We can use that as part of the Kickstarter campaign.” And at that time we had not cast the role of “Panzy La Rue” and AJA put me in drag and it was the most incredible experience. He was so inspiring and was able to illuminate so much about gender roles and gender performance in the scene, and from that moment on, I knew she had to play Panzy. 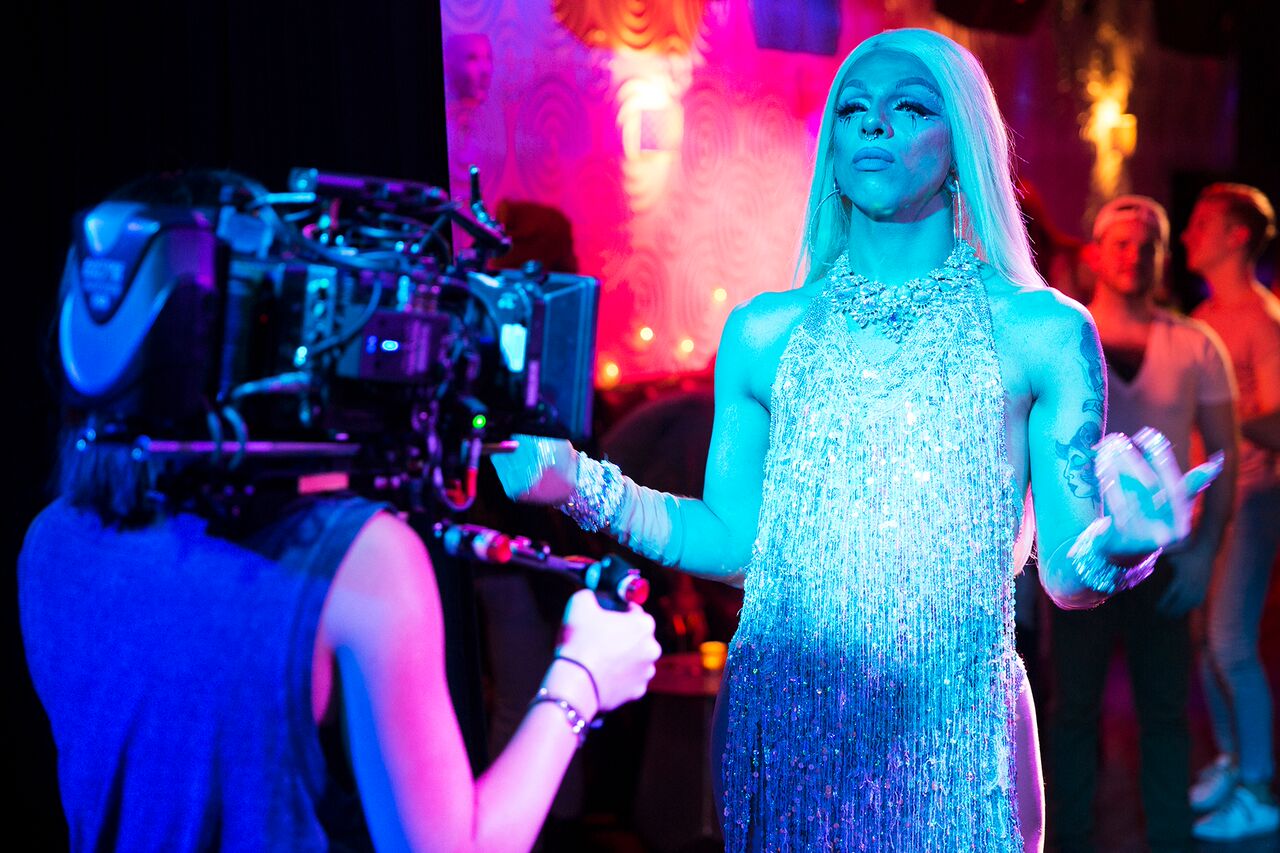 DSD: Another big name you were able to score was Rachel Brosnahan. How did she get in involved?

CC: I’ve actually known Rachel since I was 18 [laughs] and I am such a fan of hers on a professional level. But on a personal level, she is the kindest, sweetest woman ever – with the biggest heart. She had actually just come off filming The Marvelous Mrs. Maisel which hadn’t come out yet, and she reached out and told me she loved what I was doing and loved the message that this was sending and joined the team. In a lot of ways Maisel touches on a lot of the same issues Femme does on gender roles, and I think it was exciting for her to explore those issues in another light.

DSD: Femme is a short film. Does a part of you want it to be feature length film or maybe even a series?

CC: You know what, YES! I am particularity interested in Femme: The Series and we are adapting it into a series right now [laughs]. I think there is potential. You know this short film is really about one person, but I’m really excited when thinking about the series to really blow up that world and really meet many more people in the queer scene; that’s the direction we are heading, so keep your eyes peeled.

DSD: Has this journey taught you anything?

CC: I always thought that my femme-ness was something people needed to see past in order to love me, but I think the biggest thing that I have gained from all of this is that learning to love myself because of my femininity and not in spite of it. [Can we get an Amen?]

DSD: Where can we catch FEMME the film?

CC: So we are actually traveling the world right now [laughs]. Follow Femme: The Film on FB, Instagram, and Twitter. We are going to make sure to keep all of our screenings posted. We have some really exciting screenings coming up. I can’t announce them just yet, but make to stay posted.

All hail the queens! “RuPaul’s Drag Race UK” will return for a third season later this fall exclusively on WOW Presents Plus in the US, day-and-date with the BBC airing. The twelve queens competing for the coveted title of the next The UK’s Next Drag Superstar are:...