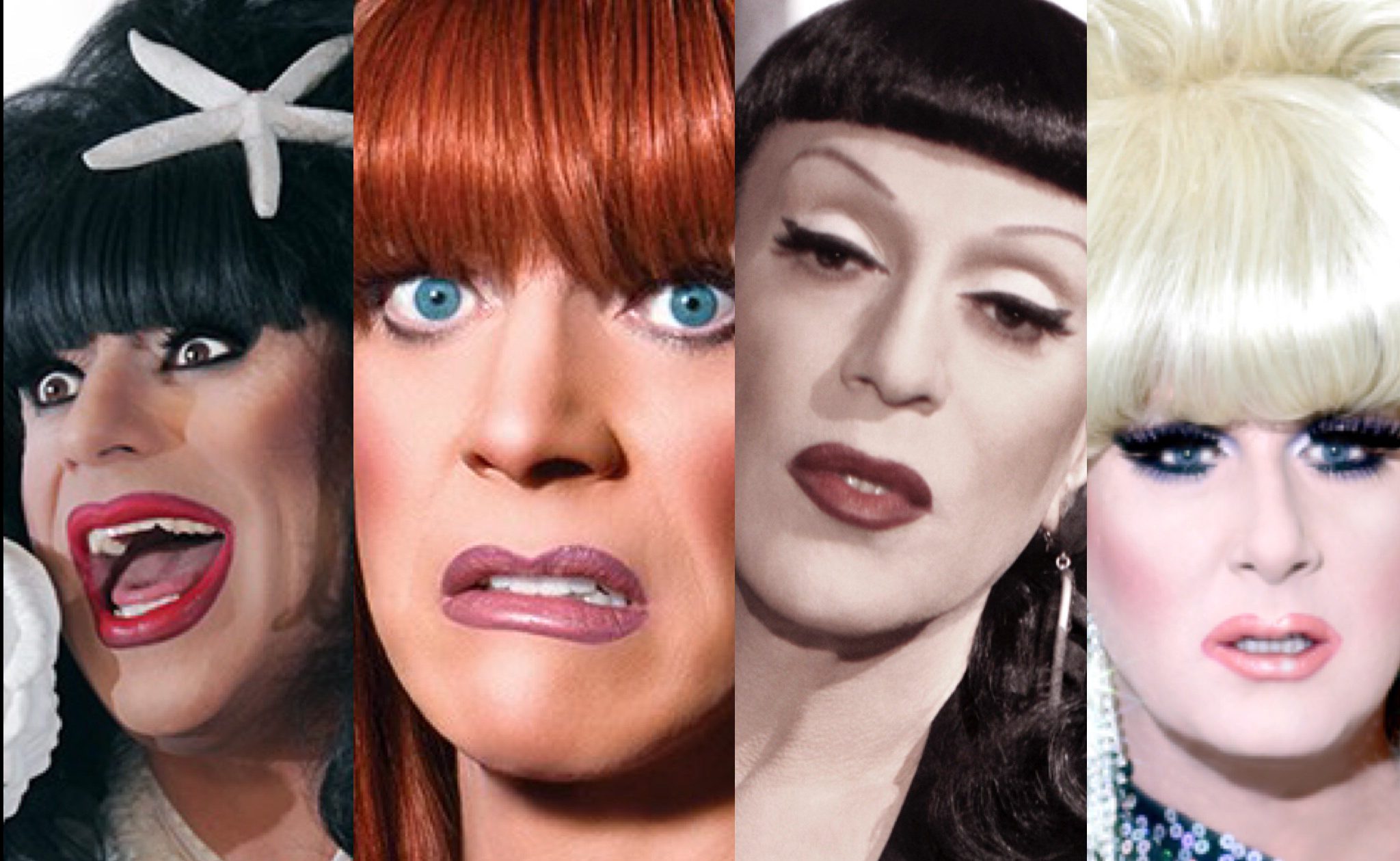 Is A RPDR Legends Season Happening As Soon As Next Year? The Top 10 Queens We Hope To See In The Workroom

Lately rumors are popping up on every spectrum of the social media gay-o-sphere that have us shaking in our stilettos. We’re not ones to jump on the rumor mill, but our reading glasses are on, and we are searching high and low for the truth.

Is RuPaul secretly filming a Legends Season of Drag Race?

It’s been quite the year for Mamma Ru! She’s finally snatched a well-deserving star on the Hollywood Walk of Fame. She’s also conquered her milestone season of Drag Race (season 10), and even took some time to chat it up with Ellen and Oprah. We’re saying that it might be time for a revamp to the now-mainstream reality show. Not to belabor the comparison, but let us not forget that Oprah also had a legends moment following a milestone season of her show.

Allegedly, filming is already in progress or maybe has already wrapped, and if this is happening, how legendary are talking here?  Some big names are being dropped and we’re talking Drag Goddesses!

We have put together our dream cast for this speculatory mystery season. We suggest that if you’re not familiar with some of these queens, go read up on them before you get to reading us, darling. After all, knowing your HERstory will be very critical for an alleged season of legends.

We’ve picked our own top ten legends should these rumors pan out to be true. 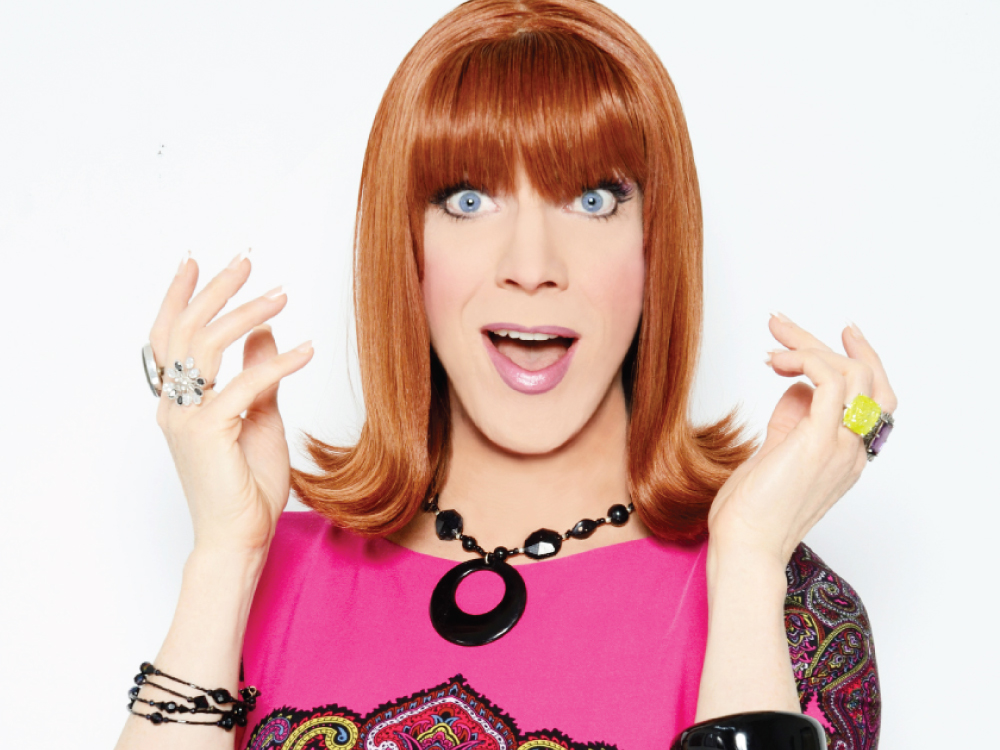 You either know Coco because of her trips to Target and Big Lots on Youtube, or you know her from her cup-crushing moment on To Wong Foo. Or you might recognize her from her infamous cum-in-eye role in the gay cult phenomenon film Trick. She might possibly be one of the most recognizable drag queens who has ever walked the earth, much in part due to the red-shag-wig which hasn’t changed since, well, have you every seen Coco in anything but? Coco is best known for her insanely dry humor, which typically becomes fan favorites of RPDR (i.e. Bianca, Trixie and Bob – who, need we say it, are all winners). Get your Panettones and Tension Tamer Tea ready. 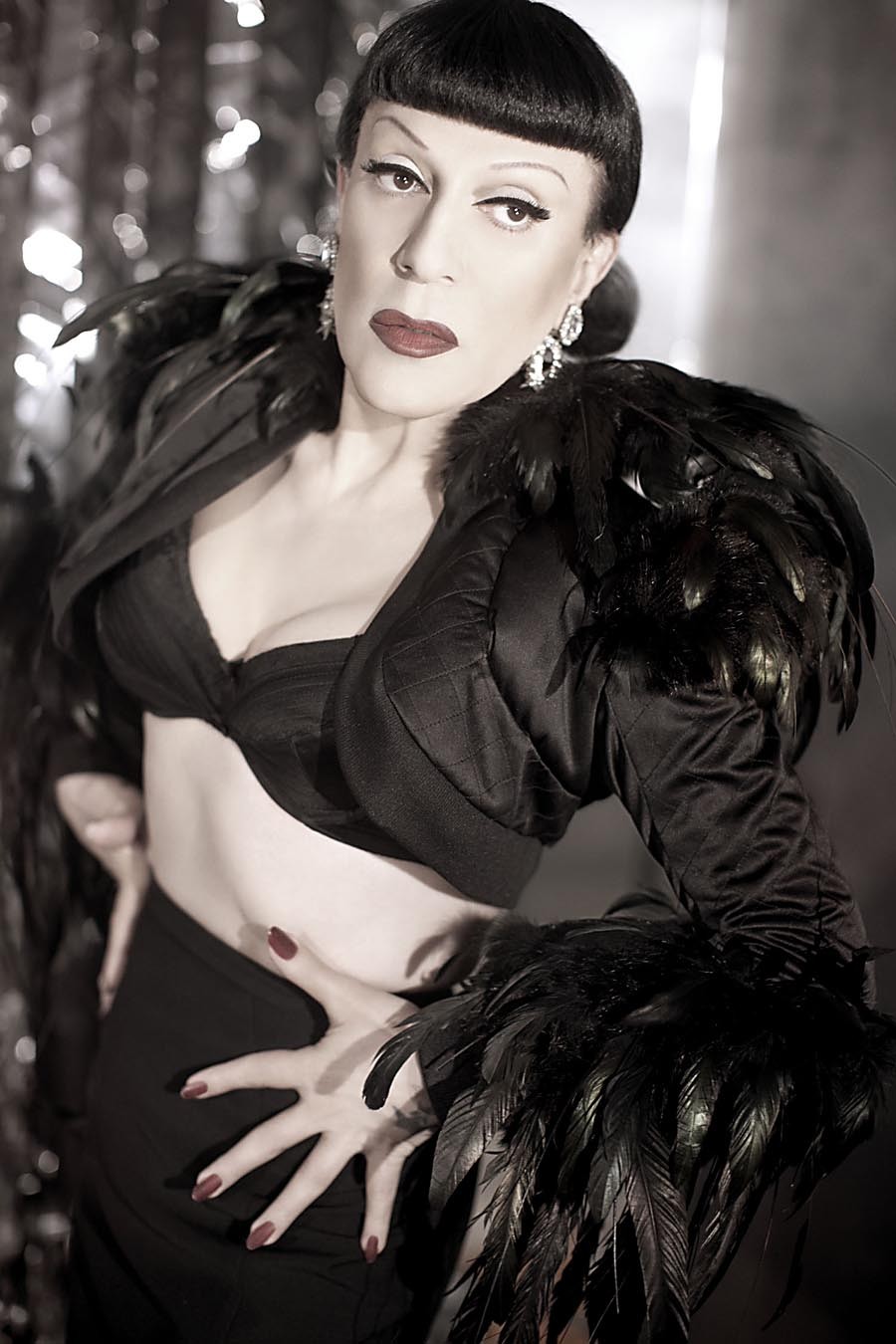 Could a competion about legendary drag queens even be played fairly without Joey? This black-on-black wearing burlesque singer is in a category all her own. She made an appearance in the 1995 film WigStock alongside Lady Bunny, and stole the scene in To Wong Foo, screaming blondie-murder at Noxzema. Arias could quite possibly win just by singing. Her smooth jazz vocals and covers of Billie Holiday are life changing. Her career includes live one woman shows and has even belted vocals for the House Lavin. Joey is at at the very least top-three material. 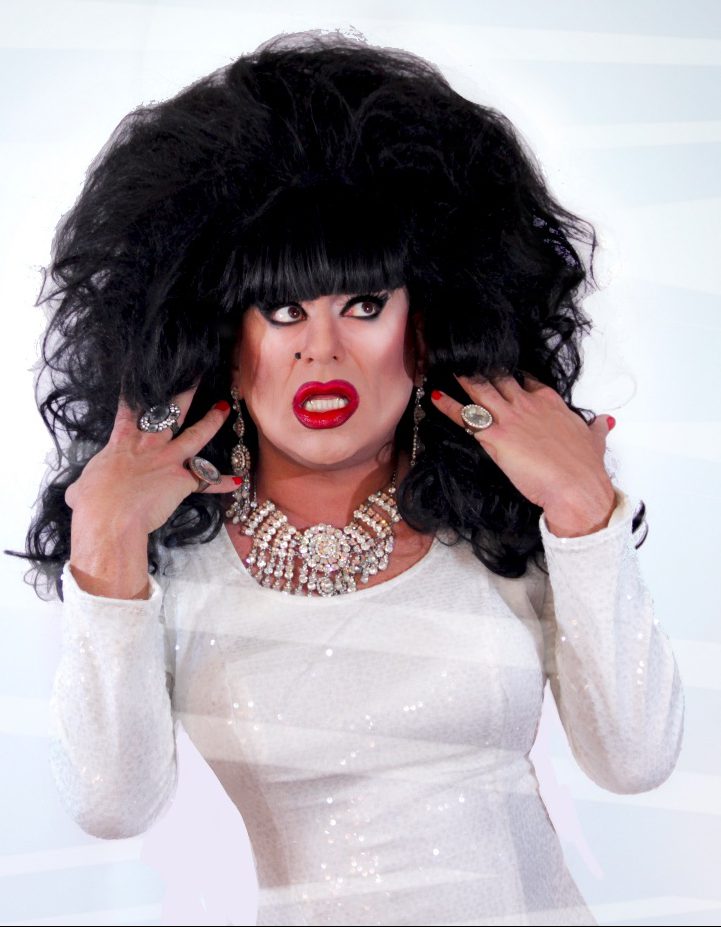 Heklina the Boss Queen comes in at number three. Co-founder of Trannyshack and now known as Mother, she is a San Francisco staple, which has been drawing in audiences from all over the U.S. since the early 90’s. She’s an actor, a show producer, a bar/theater owner. I mean, what more could we ask for in an accomplished queen? Her best known acting gig is playing Dorothy in a drag stage production of Golden Girls. We feel Team Heklina would be pretty hard to beat. 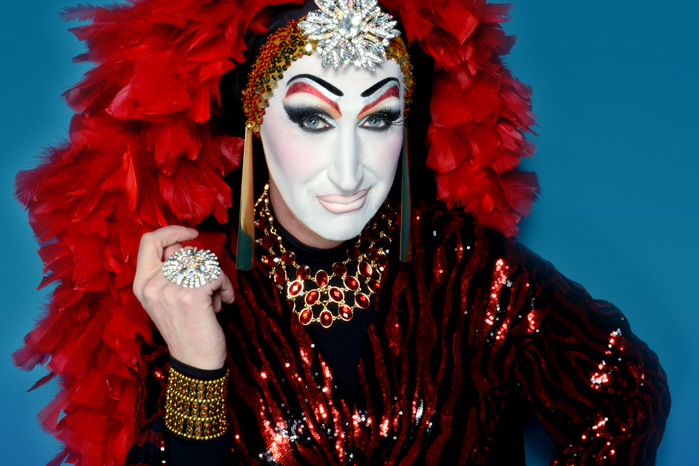 The Sister, Our Sister, Sister of the World. Sister Roma is best known for being one of the Sisters of the Perpetual Indulgence (if you don’t know who the sisters are, you’re not doing drag). They are like the Anonymous group of the drag world and get a lot of media attention for their protests on social issues. While Roma is one the most visible in bunch, once the feathered habit is off, Roma serves as the art director for the porn streaming service (NSFW) NakedSword. Our sister has also performed in Heklina’s show, and secretly we believe Roma is a lip-sync assassin. 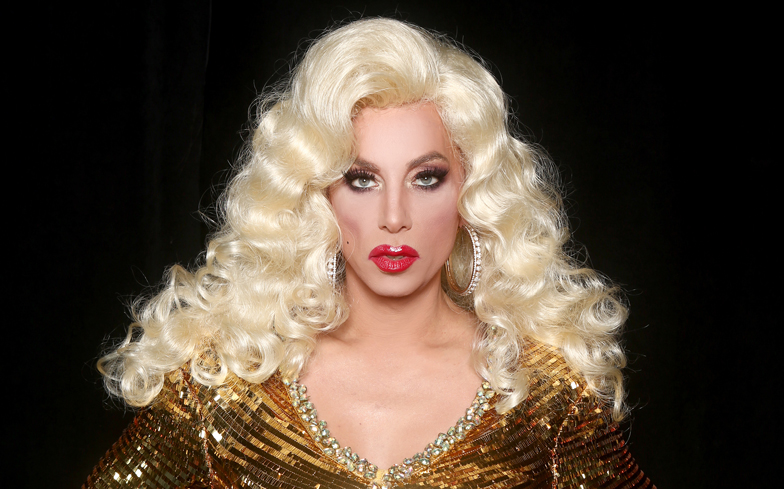 As the song goes, “From Paris to Berlin and every disco… you know,” Sherry Vine is the Queen of Queens. This Manhattan diva is a worldly queen and has called many places home, ensuring that she has a global fanbase. Her YouTube channel is gay gold. Sherry’s musical parodies of Lady Gaga songs, among others, should solidify her a spot on a legends season. Sherry has previously joined forces with Joey Arias in StarLust, a cabaret which debuted in Berlin, and they eventually went on a global tour. Come through Sherry! Top Three obvi. 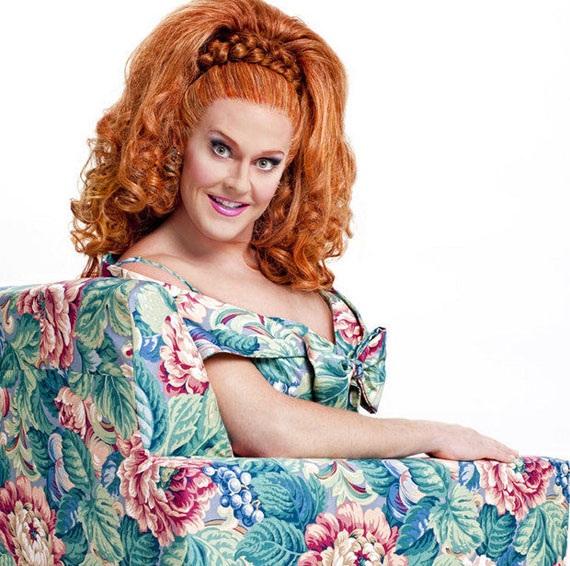 Varla would most certainly be the “trade” of the season. Drop everything you’re doing to take a peek at Varla out of drag and feel that thirst. Varla, Varla, Varla – a queen that goes way back to the golden age of Bunny and Ru. We’ve all spotted her at least once or twice in pop culture, from appearances on HBO’s Drag Time, Franchescha Page, and even appearing in that infamous drag queen episode of Project Runway – you know, where Ru was a judge, Sherry Vine and Acid Betty were among the runway models on that episode, as was Varla. She’s a shoe in. 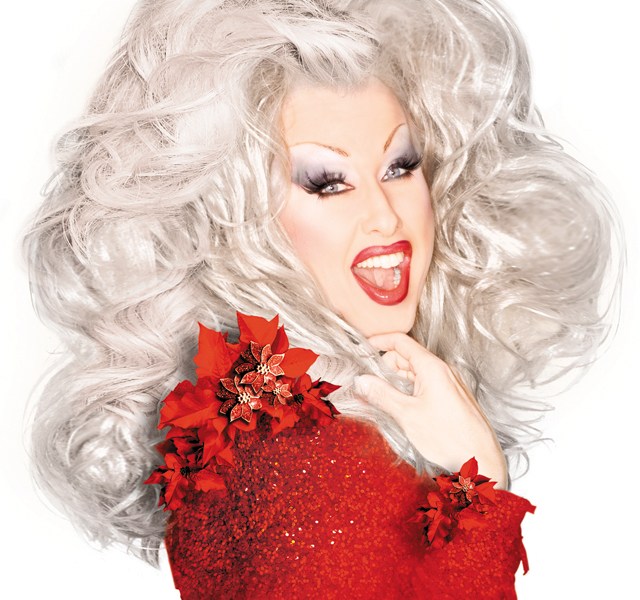 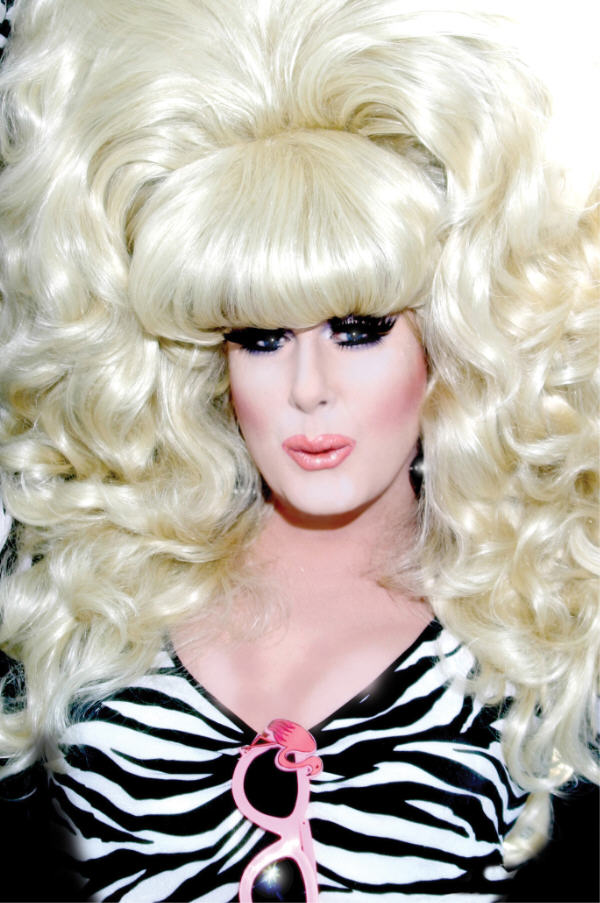 You all know that Bunny should be at the top of the list. We know her as RuPaul’s BFF – aside from Michelle – and the duos history goes all the way back to Atlanta where they started drag together. Flash forward to New York when WigStock, which Bunny co-created, gave the gay community life and quickly became a cultural dragquake. The iconic film introduced the world to some of the divas on our list, Joey Arias and Jackie Beat particularly, and other names like Leigh Bowery and Alexis Arquette. Bunny has dropped in on Ru shows through the decades. We will go as far as to say that she would obviously be a fan favorite – maybe even take that crown. We’re also predicting Snatch Game would be easy breezy for Bunny. 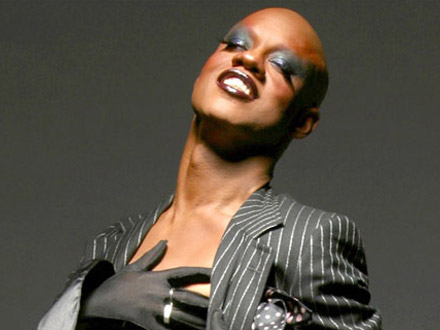 THE WINNER. Let’s be real, if Kevin finds himself in any competition, you might as well hand him the win. He is THE lip-sync assassin. That’s really all you need to know. He takes the ballroom to a whole different level and heads the House of Aviance, one of the major houses in the New York ball scene. A master of music, fashion and performance, Charisma Uniqueness, Nerve and Talent are all child’s plays with Kevin. We suggest you binge watch Kevin now on YouTube and get your life. 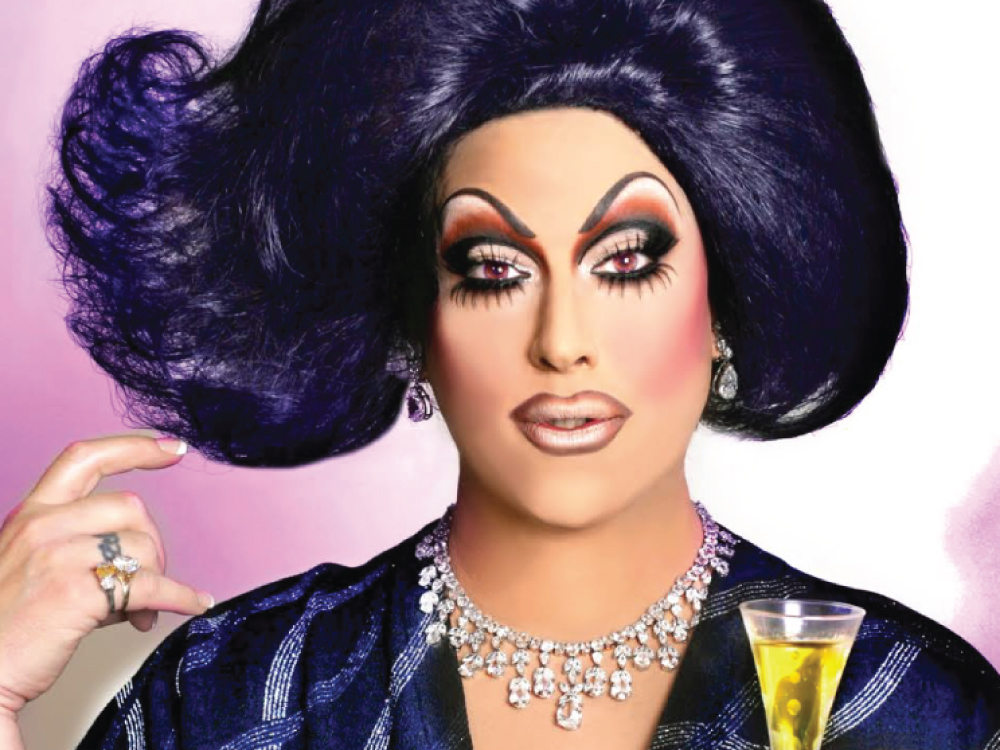 Jackie is a comedy queen… a singing queen… and an acting queen. She’s a triple threat (even quadruple threat because we hear she sews, too). A decades-old drag staple, Jackie is the one who would bring serious competiton to a legends season. To add, Jackie has pretty much worked with everyone on this list, so she knows where the bodies are buried. The tea, Honey!!  The tea she could possibly spill about the other queens would make for Legends Untucked magic. Can you imagine? 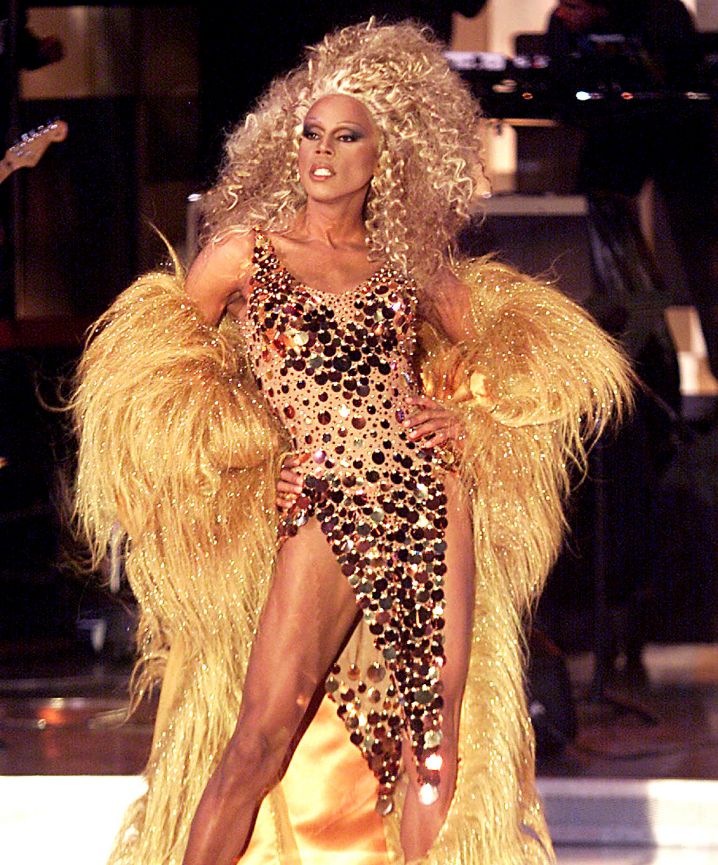 We are feeling the fantasy, are we not? Wouldn’t it be the gag of a lifetime if a secret queen was unveiled to be RuPaul herself? Can you imagine Ru competing, getting all nasty up in workroom?

But would the goddess of drag herself win a competition bearing her name?

And the judges?! We are getting a little moist thinking of it all.

Who would you cast in a Legends season? 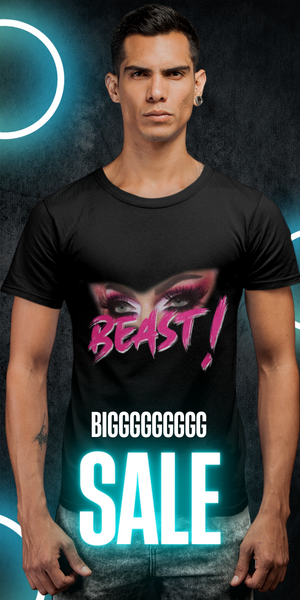