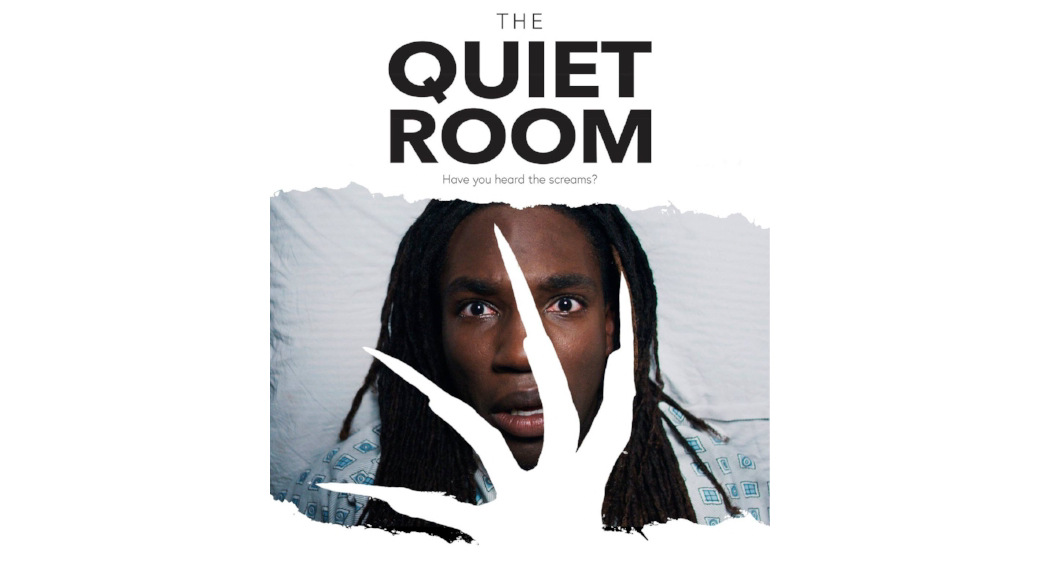 After Michael’s suicide attempt fails he gets admitted to a psych-rehab where he meets a group of friends who let him in on the myth of the ward. Hopeless Hattie, Alaska Thunderfuck, is a demonic entity who is on the hunt for those whose suicide attempts didn’t include a note. Michael, while seeking treatment, begins to experience Hattie’s games.  With the help of David, Katya credited on the film with his real name Brian McCook, a nurse at the ward who keeps the quiet room occupied for Hattie.

The Quiet Room sets to tackle serious topics of suicide and mental illness  in a way Horror films of the past have not. The mentally ill are most often portrayed as the villains but writer, director and Drag fan Sam Wineman is shedding light on the fact that those plagued are the real victims.

With  a heavy subject matter in a horror film it can seem a bit much, however, Hattie’s  very familiar voice and lengthened black nails makes us feel as giddy as being at a meet and great with Alaska herself and   can we mention  the big reminded of how cute Katya is out of drag, gag!

You can catch The Quiet Room at The UNO Film Festival May 11th-13thin New Orléans  and at Filmout San Diego June 3rd.