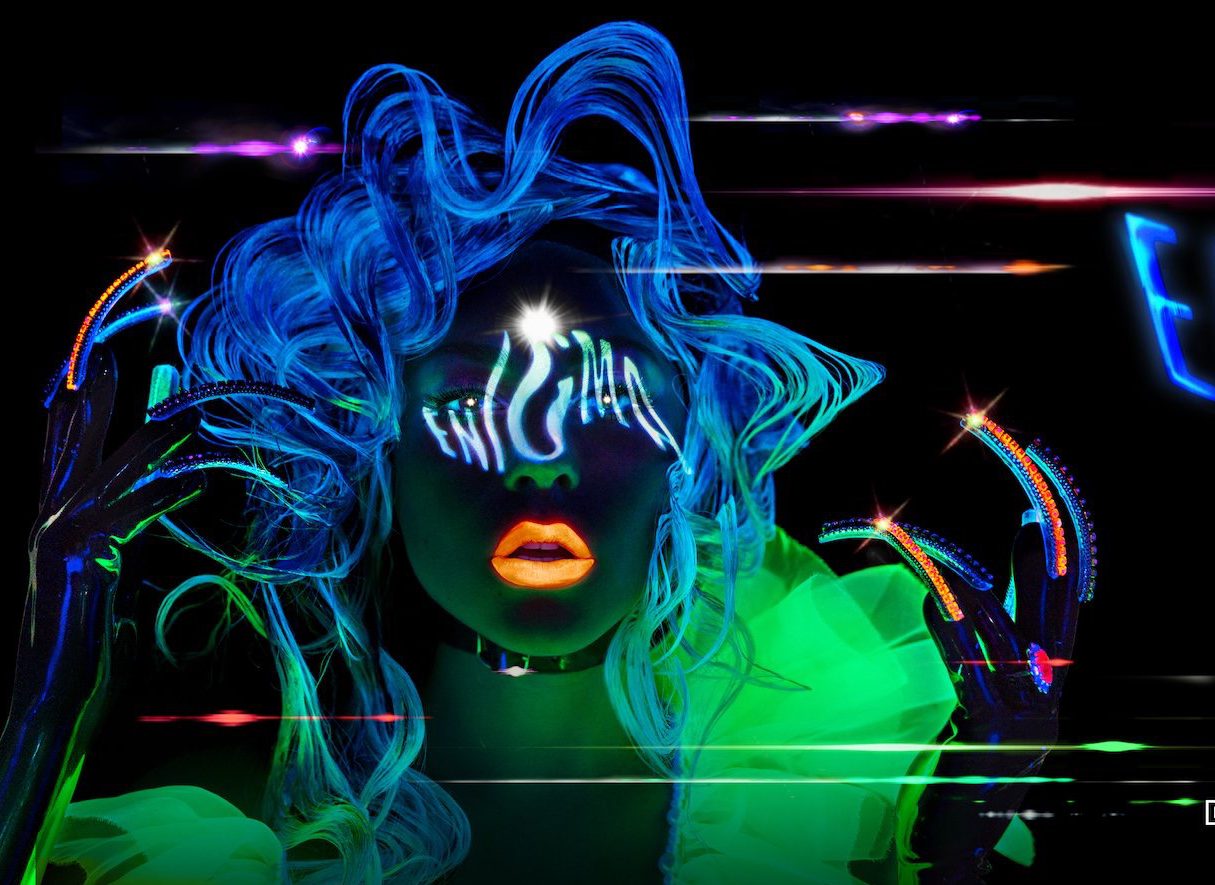 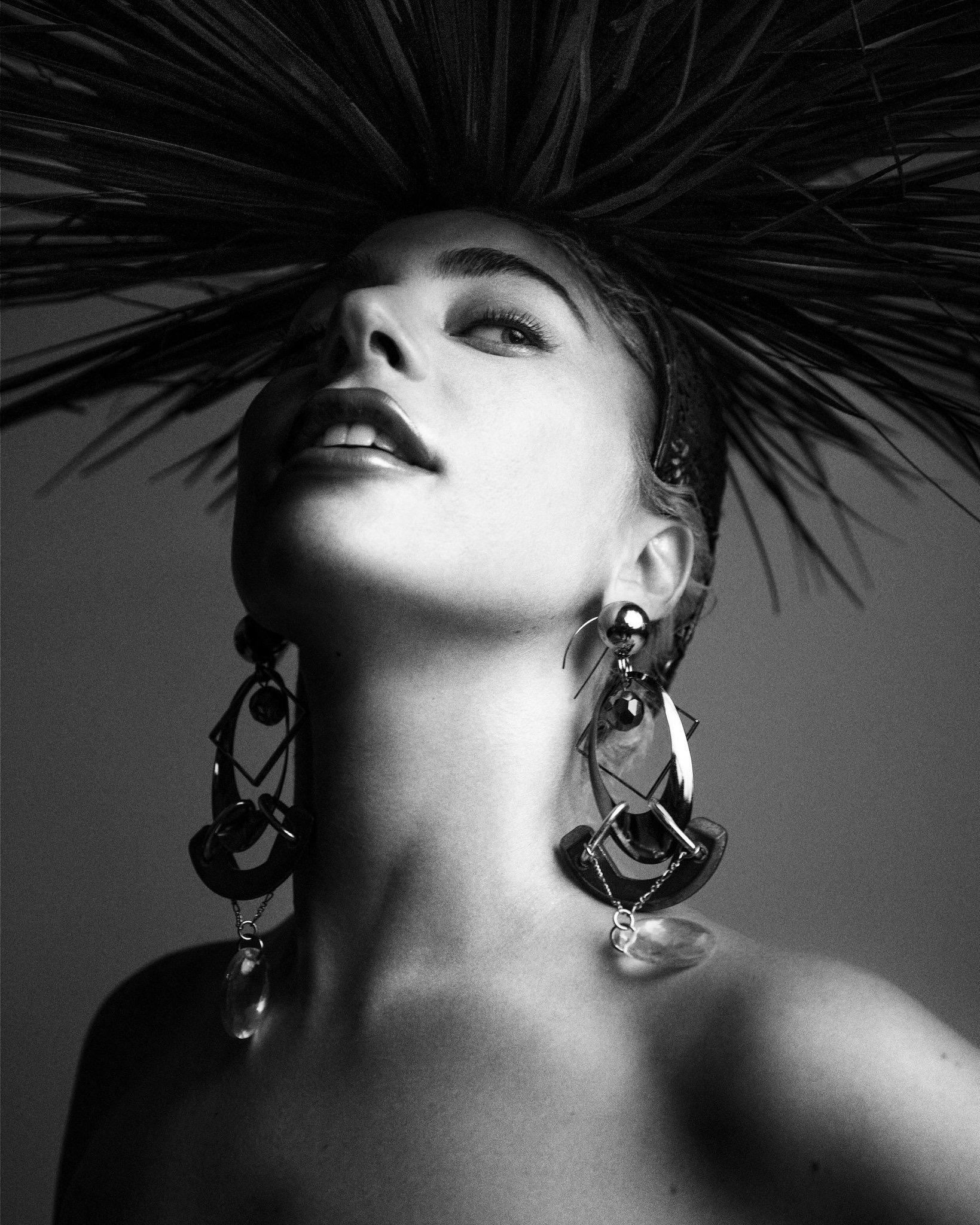 Stop everything. It’s finally happening. Lady Gaga has announced the first batch of dates for her Las Vegas residence at Park MGM.

The new residence named Enigma is an homage to Gaga’s first decade of fame. But to add to the hysteria, it will also feature four exclusive nights of Jazz & Piano, a separate show dedicated to the American songbook. So for all those technical queens of the world, Lady Gaga has two residencies in Vegas. That is surely a record of some sort. 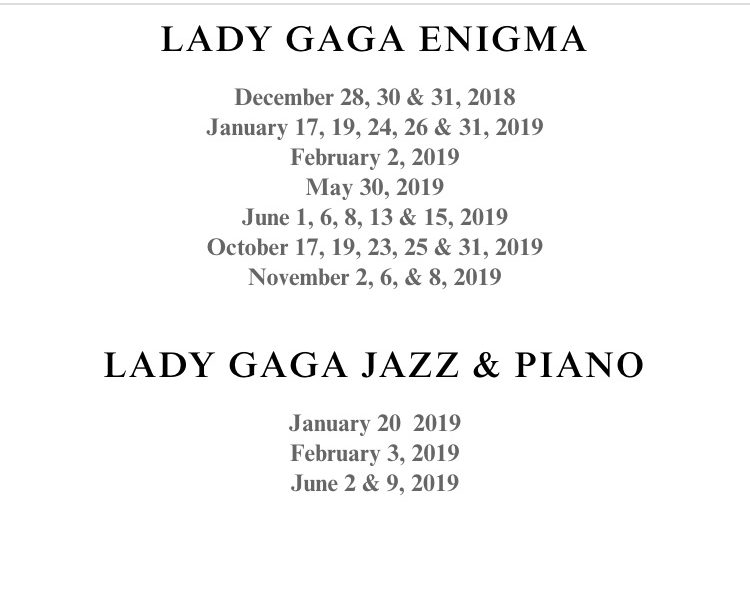 Opening night for Enigma will be December 28th and will run through New Years Eve, and on throughout 2019. The first jazz engagements will begin January 20th, followed by one in February and two in June only.

Jazz & Piano being so limited, there is no doubt these tickets will be the holy grail of Gaga fandom. Rumors are heavy that Jazz & Piano will be a joint venture with Tony Bennett, who at 92 doesn’t show signs of slowing down.

Bennett and Gaga’s 2014 album Cheek to Cheek placed jazz standards back on the charts. So much so that the duo earned a Grammy for Best Pop Vocal, hence the importance of a jazz spotlight.

In a mere decade, which in Cher years is not a long time, Lady Gaga has managed to become a pop culture figure reaching gay-god proportions. Her break out single Just Dance came at the dawn of the Obama-era liberation. Then came the Born to Be Brave revolution thrusting her into global-iconic-Madonna-drama-status. Then infamously followed by Koons’ Artpop, and finally all that was Joanne.

OK, enough of the retrospect. Cut to the Enigma look – or at least its poster. From what we can see, the Engima era will not disappoint. The poster was shot by long time collaborators Inez & Vinoodh, who were responsible for those iconic V Magazine covers. The show will be a neon dream – or nightmare – that will possibly leave us questioning things – hence the name Enigma. We also can’t help but indulge in the major 90s vibe look. It’s serving us a  bit of that Angelina Jolie movie Hackers, and maybe a lil Blade Runner.

Also, anybody clock the third eye G-spot moment? Is this futurism? What is Gaga seeing that we don’t?

What do you think of the new cover art for ENGIMA? Will you be going? Which show are you looking forward to the most?

Tickets will officially be available for pre-sale today for the Lil Monsters only (official Lady Gaga fan club members), which will feature a collectible 3D ticket. General ticket sales will open up on August 13th. For more information visit Ticketmaster or Park MGM. 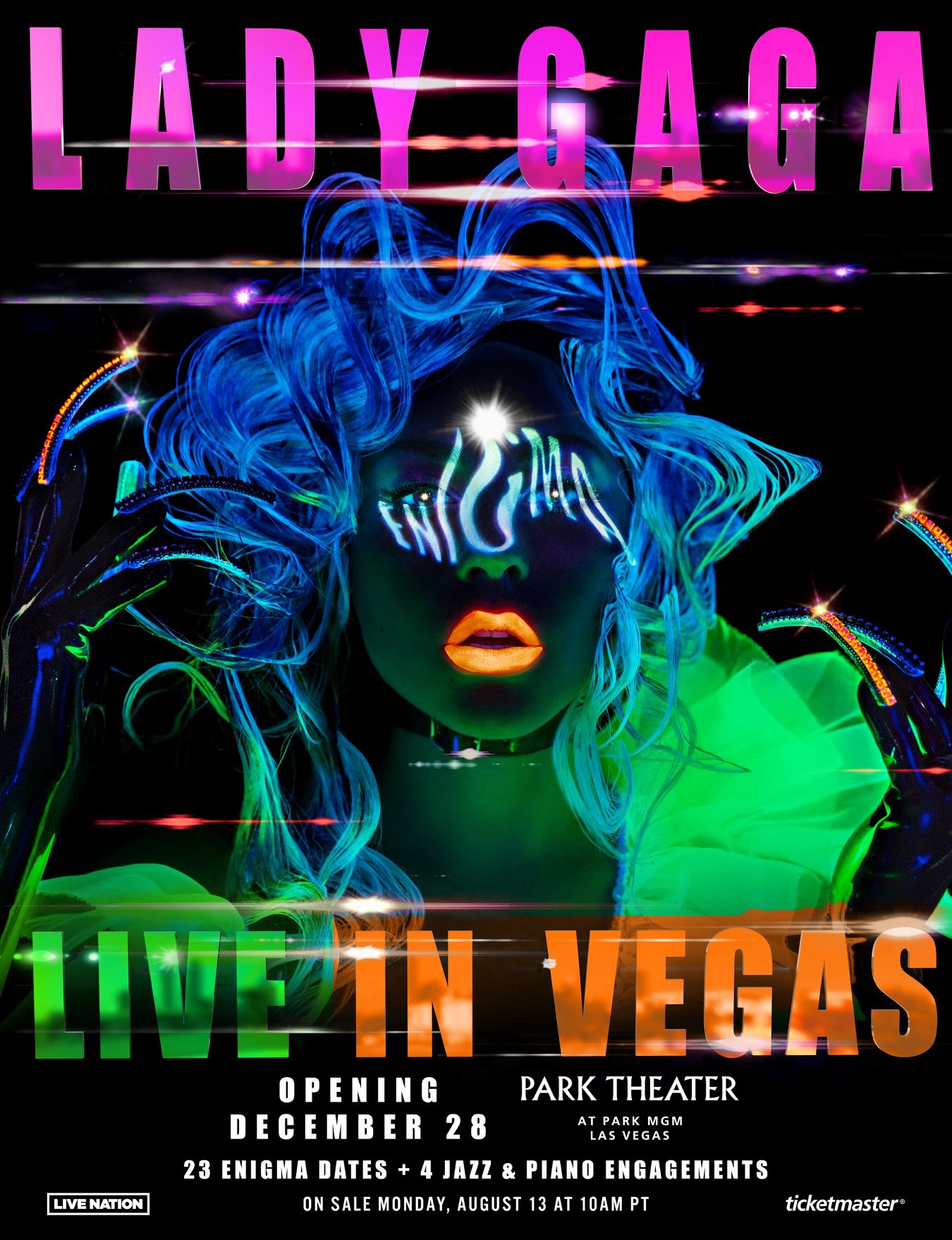