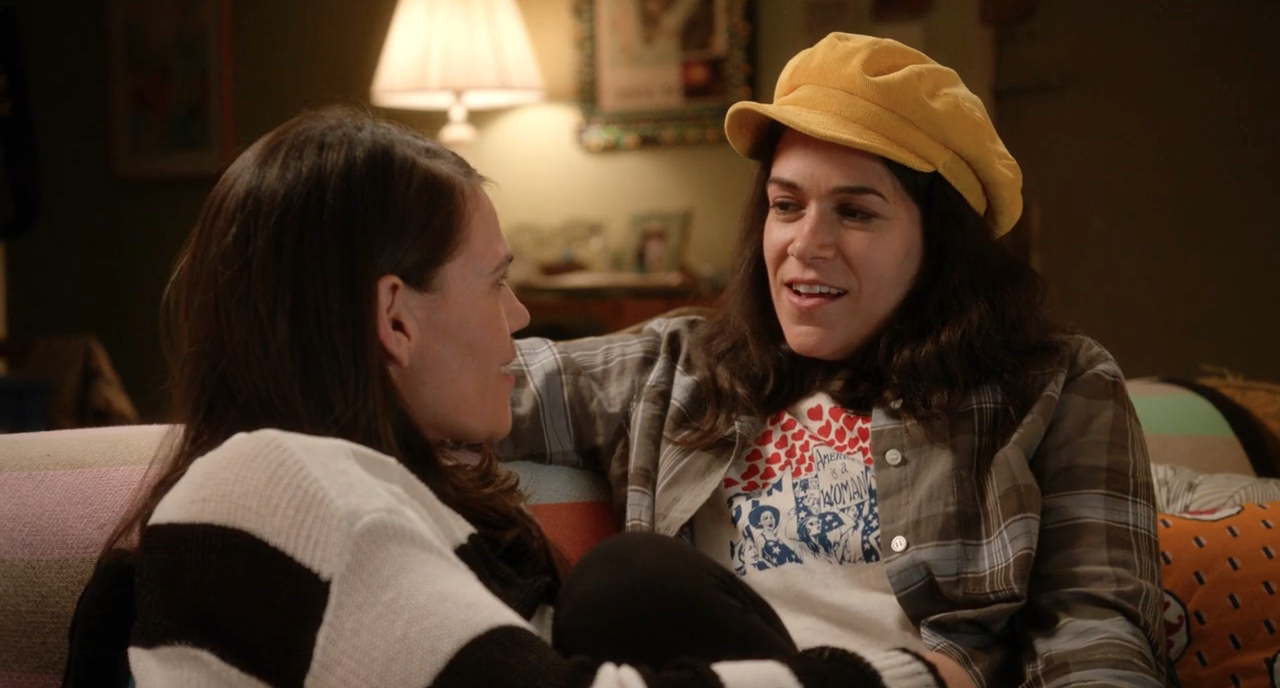 Prior to the premiere of Broad City‘s final season, co-creator Abbi Jacobson noted that her character, Abbi Abrams, would date a woman. Over the course of the show’s five season, Abbi has had many on-screen sexual experiences with men, but has never shown interest in women, despite one of the show’s running jokes being character Ilana’s (Ilana Glazer) undying love for Abbi. Jacobson, who has previously mentioned her real-life experiences with women, said that those experiences serve as inspiration for the show’s storylines.

We first see Abbi express interest in dating a woman in season five’s fifth episode, “Artsy Fartsy,” where Abbi meets a doctor named Lesley after falling on her face at an art show. She asks Lesley (Clea Duvall) for her phone number, and later recounts the story to Ilana.

“The only reason I wasn’t automatically asking them out was because she was a woman,” Abbi says to Ilana. Abbi doesn’t label herself as bisexual or queer in any way, however, she notes that she and Lesley do have plans for a date.

By episode seven, “Shenanigans,” Lesley has decided to break things off with Abbi, as Lesley feels that Abbi is irresponsible. Abbi tries to win Lesley back by posting a series of Instagram stories in an attempt to make it seem as though she is happy without her, only to fall in an air shaft.

When recounting the story to Ilana, Abbi mentions that she was rescued by a hot female paramedic, noting “it’s cool that I can recognize that now.”

Between the two episodes, there is no big coming out moment for Abbi. Her newfound attraction towards women is something she shares with her friends and loved ones without any grandiose explanation or repression storyline. Just Abbi living her best, happy queer life.

While some may argue that Abbi should’ve identified as bisexual or pansexual in order to provide on-screen representation, I believe that the writers’ choice to not have a big coming out storyline helps to normalize same-sex relationships and reinforces the idea that no one is obligated to explain their sexuality to people not willing to understand.