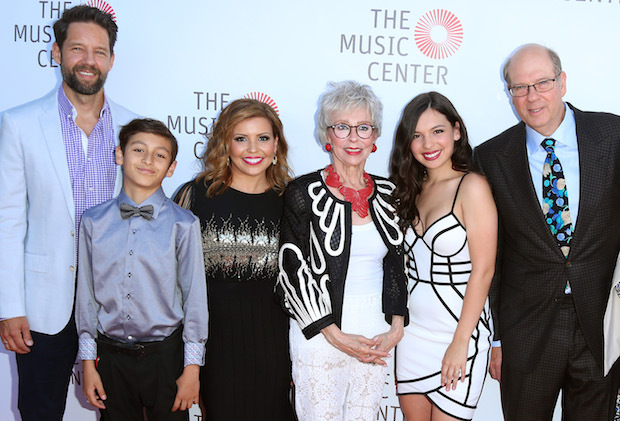 Why the LGBTQ+ Community Must Save ‘One Day at a Time’

To the shock of many fans, Netflix announced this month that their critically acclaimed original series One Day at a Time would not be returning for a fourth season. In a series of tweets from Netflix’s US Twitter account (@NetflixUS) cited low viewership as the main reason for pulling the plug on the Norman Lear-produced series. Despite the heartbreaking news, fans have not given up hope that the series will be given new life on another network.

One Day at a Time is one of the most important shows to grace television screens in decades. The series offers representation for many marginalized minority groups, including the Hispanic and Latinx communities, people with drug and alcohol addictions, immigrants, and the LGBTQ+ communities.

Penelope Alvarez (Justina Machado) is the mother of two children. The oldest of which, Elena (Isabella Gomez), comes out as a lesbian in the first season. While her Penelope is instantly accepting of her daughter’s sexuality, she is not entirely comfortable with the revelation, and therefore, seeks advice from one of her friends, who is also a lesbian, on how to be a good ally for her daughter. In a lot of cases, this presents a more realistic coming out experience, especially in Hispanic, Catholic families.

In the second season, Elena enters her first relationship with an AFAB (Assigned Female at Birth) non-binary person named Syd (Sheridan Pierce). While Syd’s coming out and transition experiences are never detailed throughout the show’s three seasons, Syd is always presented in a normal setting. When they are first introduced on One Day at a Time, they explicitly explain their pronouns, with everyone respecting them without invalidation.

By the time the third season rolls around, Elena and Syd are ready to take things to the next level. While teenage hetero couples in sitcoms are often granted a “first time” storyline, a storyline with a lesbian teenager and a non-binary person is hard to come by on television. One Day at a Time handles the queer sex talk with care and poignancy unmatched by other sitcoms. When Penelope finds out that Elena and Syd got a hotel room behind her back, she feels unsure how to give the “sex talk” to her lesbian daughter, but nonetheless makes an effort to reinforce the idea of bodily autonomy to Elena and reminds her that she doesn’t have to do anything until she is ready.

In the season three finale, Elena is 17 years old, having been 15 at the time of the show’s premiere. While the finale ends on a positive note, it is unclear what will happen next, and now, some fans are fearing that they may never know what’s in store for the Alvarez family.

Is this the end for One Day at a Time? Maybe not. Using the #SaveODAT hashtag on Twitter, fans are urging other networks to pick up the series for a fourth season. Last year, fans of Brooklyn Nine-Nine were able to convince NBC to bring back the series after Fox gave it the ax, and fans of One Day at a Time are hoping the Netflix original series sees a similar fate.

Shows like One Day at a Time are important because they give a voice to communities that otherwise may not have one. One Day at a Time was one of the first series to show a non-binary character in everyday settings, as well as a very realistic coming out experience. LGBTQ+ people, especially younger LGBTQ+ people need this type of representation. All stories are worthy of being told, which is why we must work together to make sure One Day at a Time is given new life.