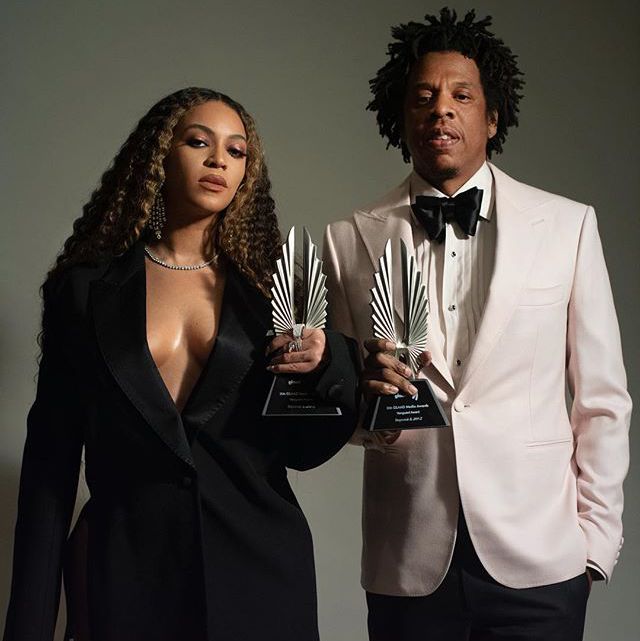 Last Friday, Beyoncé and JAY-Z accepted the Media Vanguard Award at the 2019 GLAAD Media Awards. Over the year’s Beyoncé has vocalized her support for the LGBTQ+ community, and more recently, JAY-Z expressed his support on a song called “Smile,” from his 2017 album 4:44. On “Smile,” JAY-Z expresses happiness and support for his mother, who, at the time, had recently come out as a lesbian.

“I’d like to request that we continue to shift the stigmas in this community, ” Beyoncé said in her acceptance speech. “especially the stigmas in black families towards queer black and brown men.”

Also in her speech, Beyoncé shared a story of her late Uncle Johnny, who was HIV-positive. Beyoncé referred to her Uncle Johnny as “the most fabulous gay man I’ve ever met” and called him “brave and unapologetic at a time when this country was not as accepting.”

“Witnessing his battle with HIV was one of the most painful experiences I’ve ever lived,” Beyoncé said, “I’m hopeful his struggles served to open pathways for other young people to live more freely. “

Beyoncé ended her speech with a humorous, clever reference to her 2016 hit single “Formation,” saying “Who you make love to and take that ass to Red Lobster is your human right.”

The following night, at the NAACP Image Awards, JAY-Z dedicated his NAACP President’s Award to his grandmother, and his lesbian mother.

“I grew up knowing that I could accomplish anything because of those strong women in my house,” JAY-Z said in his acceptance speech. “I would like to dedicate this award to those beautiful women. “