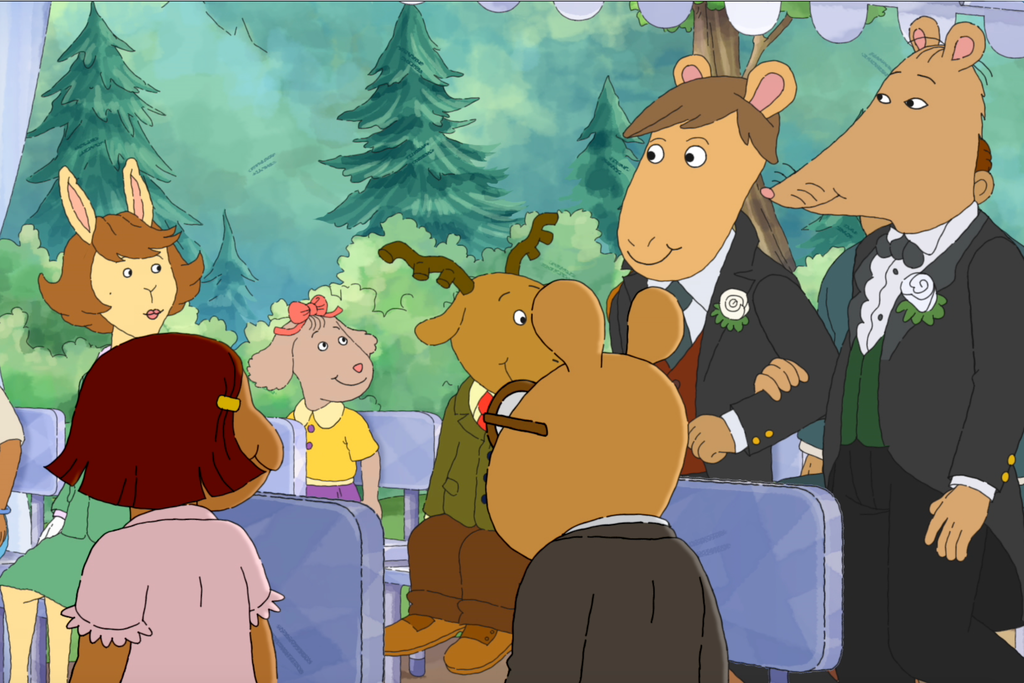 Should Mr. Ratburn have had a more formal coming out?

This past Monday, award-winning children’s television show “Arthur” celebrated the premiere of its 22nd season. In the season premiere, Arthur’s teacher Mr. Ratburn gets married, with Arthur and the rest of his students in attendance.

In the episode titled “Mr. Ratburn and the Special Someone,” Arthur and his classmates learn that Mr. Ratburn is getting married. He overhears a conversation with Mr. Ratburn and his sister, Patti, however, they assume Patti to be his fiancé. Patti tells Mr. Ratburn that she’s going to “toughen him up,” and the kids believe that this means he will become more strict, therefore, they try to find a way to stop the wedding.

The kids later learn that Patti is Mr. Ratburn’s sister and that Mr. Ratburn is actually marrying a male chocolatier named Patrick.

The episode ends with those in attendance of the wedding celebrating Mr. Ratburn’s marriage, however, there is no conversation in regard to his sexuality or romantic orientation.

In this day and age, same-sex unions have become normalized. In the final season of “Broad City,” Abbi, who had previously only dated men, begins dating a woman. While I previously praised the fact that “Broad City” didn’t make a huge ordeal over Abbi’s sexual revelation, perhaps it would’ve been more responsible had “Arthur” further explained the concept of sexual or romantic orientation.

“Arthur” has always highlighted hot-button issues, including poverty, disability and coping with post-traumatic stress, therefore, bringing same-sex marriage into the mix is no different. However, while “Arthur” may have normalized same-sex marriage between adults, it would’ve been better had they sent a message that would have validated queerness in children.

While “Arthur” is a children’s show and, of course, wouldn’t touch on sex, perhaps they should’ve had an episode where one of Arthur’s classmates develops a crush on someone of the same sex. Yes, the classmates are eight-year-old children, but that’s around the time many queer people first realize that they are queer.

Perhaps in the future, we’ll see an episode where one of the classmates realizes that they may be queer and seek Mr. Ratburn’s advice. In the meantime, watch “Mr. Ratburn & the Special Someone” here!