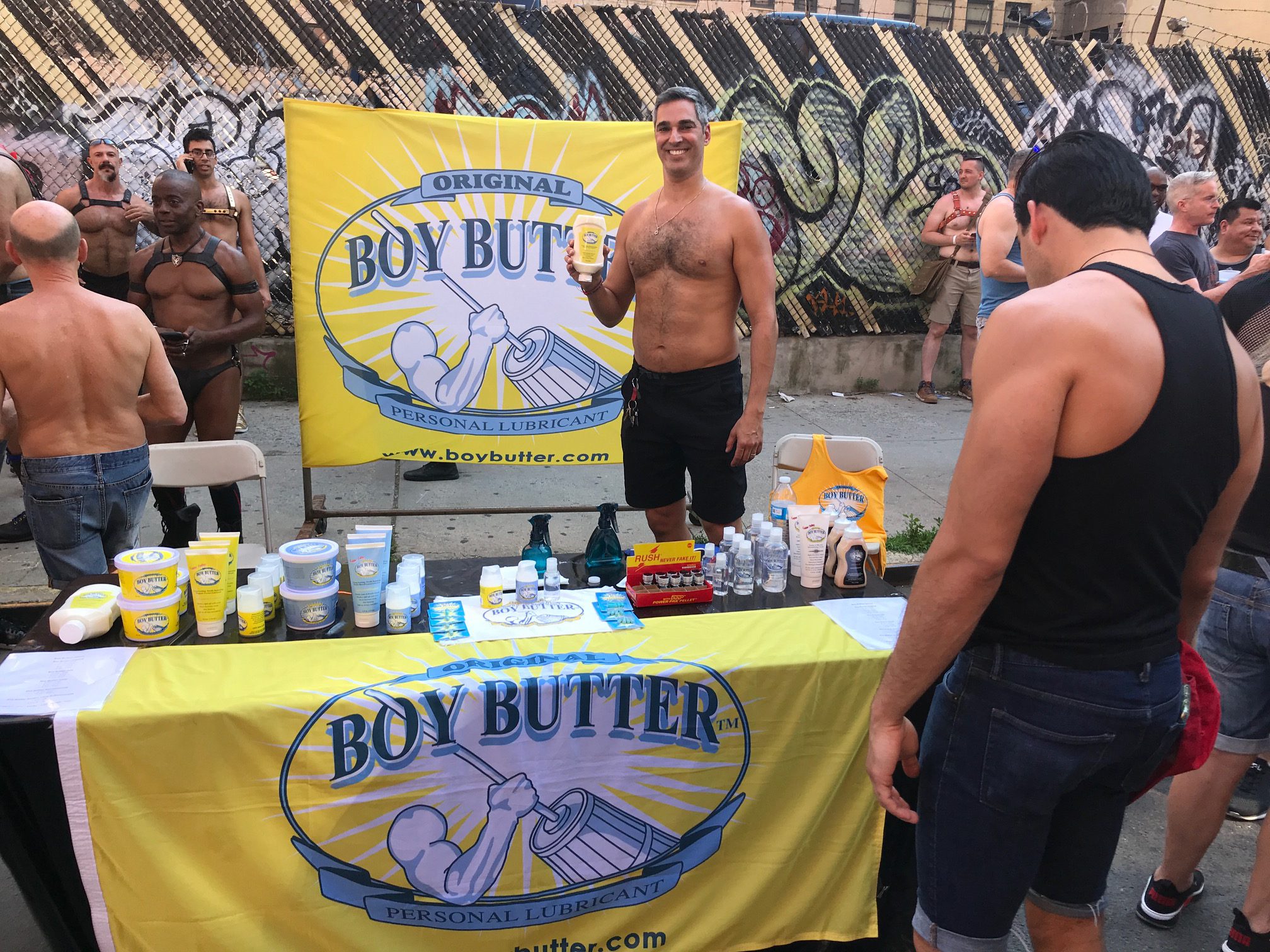 When it comes down to the dirty deed, being prepared is everything. Regardless of your gender, a good lubricant is needed each time. Over the years, Eyal Feldman has found that some lubes leave stains, resulting in damaged sheets. While working for Nasty Pig, a sexy sportswear company, in the early 2000s, Feldman conceived a solution to help save queer men from leaving embarrassing stains, as well as helping the pleasure last longer.

Feldman first imagined the concept of Boy Butter in 2002, while having a conversation with friends.

“We were talking about euphemisms for [semen],” Feldman recalls. “Straight people would call it ‘baby batter,’ but I came up with a gay version called ‘boy butter.’ As soon as I said it, I figured, ‘Oh, that would be a good name for a lubricant.'”

Feldman didn’t touch on Boy Butter for another year, as he decided to travel to Spain on a mission to find himself. Prior to his Spanish expedition, Feldman taught himself Spanish and on his own, acquired the skills necessary to navigate the country.

Upon his return to the U.S., Feldman went back to work at Nasty Pig, where he utilized resources like graphic designers, to help him put together a product. The result was a 16-ounce tub with a screw-top lid designed to look like a tub of Country Crock butter. Feldman would later travel to various sex shops in New York City with a red wagon packed with Boy Butter containers, asking the stores if they would be interested in carrying his new lube.

“It was the easiest sale ever,” Feldman recalls. “Every single place I went to was like ‘this is a really cute idea.’ “Within a year, it was being carried in three continents.”

Upon unveiling Boy Butter at an International Mr. Leather showcase, Feldman had become an instant success. His own parents later decided to invest in the product.

“They gave me a loan of $100,000,” Feldman says, “which I paid back. But it allowed me to find a lab, which helped improve the product. I was able to bring the cost down and sell it to distributors.”

Since launching Boy Butter, Feldman has released several other products, including a male enhancement supplement called Boy Butter Bonerz, as well as a water-based version of the lube called You’ll Never Know it Isn’t Boy Butter.

“Everything I make is organic,” Feldman says. “It will last as long as silicon, but it will wash off easily. One of my key selling points is ‘no more shame stains.’ I create a lube that is designed for a man, but safe for a woman to use.”

“Most people don’t know who makes their lubricants,” Feldman says. “I give my shows to the public. At my booths, I want you to visit. I want you to feel my products with your fingers. Then, clean it with a paper towel and see how easily it cleans off.”

Owning one’s own empire has several perks, but Feldman’s favorite part is being able to market to a gay audience.

“Most commercials are geared toward straight people,” Feldman says. “I love creating gay content and having it run on RuPaul’s Drag Race. I love seeing people enjoy what I do and having a connection with the most intimate parts of people’s lives.”

To order Boy Butter and other products by Feldman, visit boybutter.com.