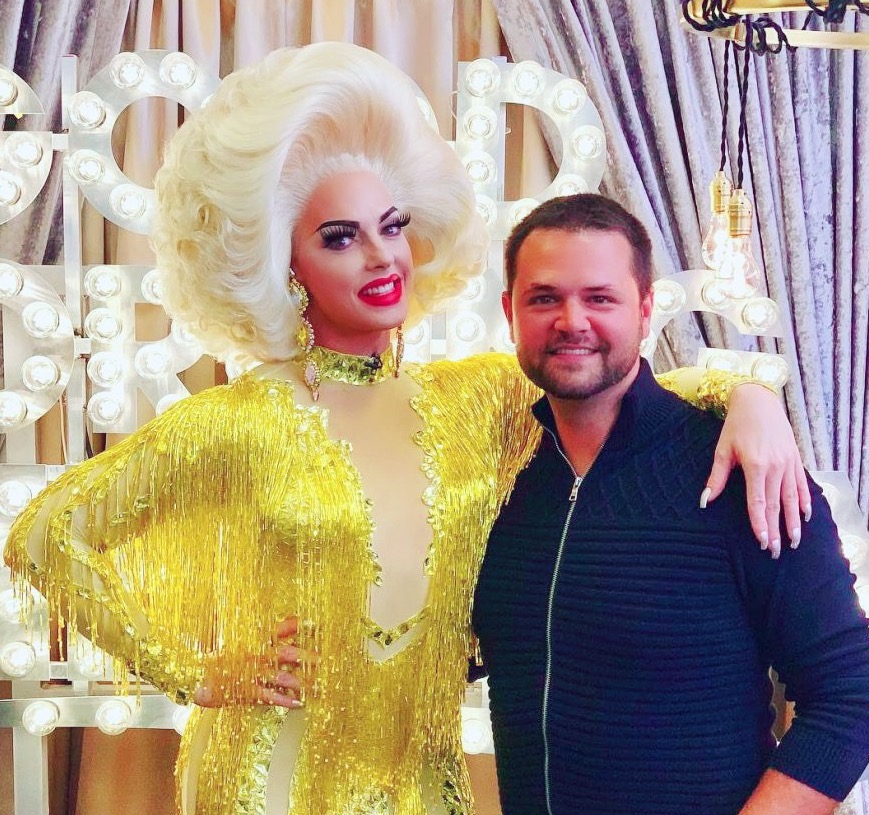 Being a drag performer isn’t always as glamorous as RuPaul’s Drag Race makes it look. With makeup, dresses, outfits and wigs, the cost of creating a look of one’s own can add up quickly. With his online store In2gr8ion, wig designer Chad Walters sells hairpieces at an affordable cost, allowing queens everywhere access to inexpensive wigs.

Walters first came up with the concept of In2gr8ion 15 years ago, when his partner, drag queen Jayda Knight first started performing.

“We couldn’t really find anything that we could afford,” Walters recalls. “We had a friend that had some wigs, so I messed around with those. I touched up a lot of wigs, and it sort of catapulted from there.”

Since launching In2gr8ion, Walters has helped provide wigs to several drag performers on the local scene, as well as those of international fame. Most notably, his wigs have been worn by drag sensation Ginger Minj.

“I knew that she loved wearing big hair and she fit my aesthetic,” Walters says. “I like to do a mix of pageant and southern hair and really over the top styles. She fit all of my checkmarks, so when she agreed to start wearing my hair and advertise me, things really took off from there. You can have a wonderful product, but if you don’t get it on the right person at the right time, sometimes you don’t get the boost you need.”

Walters has also worked with Alyssa Edwards, as well as other Ru girls. However, despite the acclaim he receives in the mainstream drag world, Walters remains committed to selling his wigs at a low cost.

“Whether you have a big platform or a small platform, the art of drag is the art of drag,” Walters says. “It’s entertaining wherever it can be seen. When I started doing wigs professionally, I loved the pageant world, I loved RuPaul’s Drag Race and I loved the local drag scene. All of these queens want to have a look, so I try to do everything I can for people who need it.”

In addition to wigs, Walters will also launch a line of t-shirts this September at RuPaul’s Drag Con in New York City.

“One day, my assistant and I were working in my garage,” Walters recalls. “We were antagonizing my partner. We’ve been together for 17 years, so he’s very used to the reading that takes place whenever the wigs and the hairspray go flying. We were reading him, and then he said ‘I’m sorry, I can’t hear you over the volume of my hair.’ We decided that would be a good slogan for a t-shirt.”

Walters shirts will include different sassy slogans, and he looks forward to adding something new to his repertoire.

“I really enjoy what I do,” Walters says. “I’m certainly pleased that others are enjoying what I’m doing. I’m committed to offering affordable wigs for everyone looking for a style of their own.”

To learn more about In2Gr8ion and to order wigs, visit in2gr8ion.com