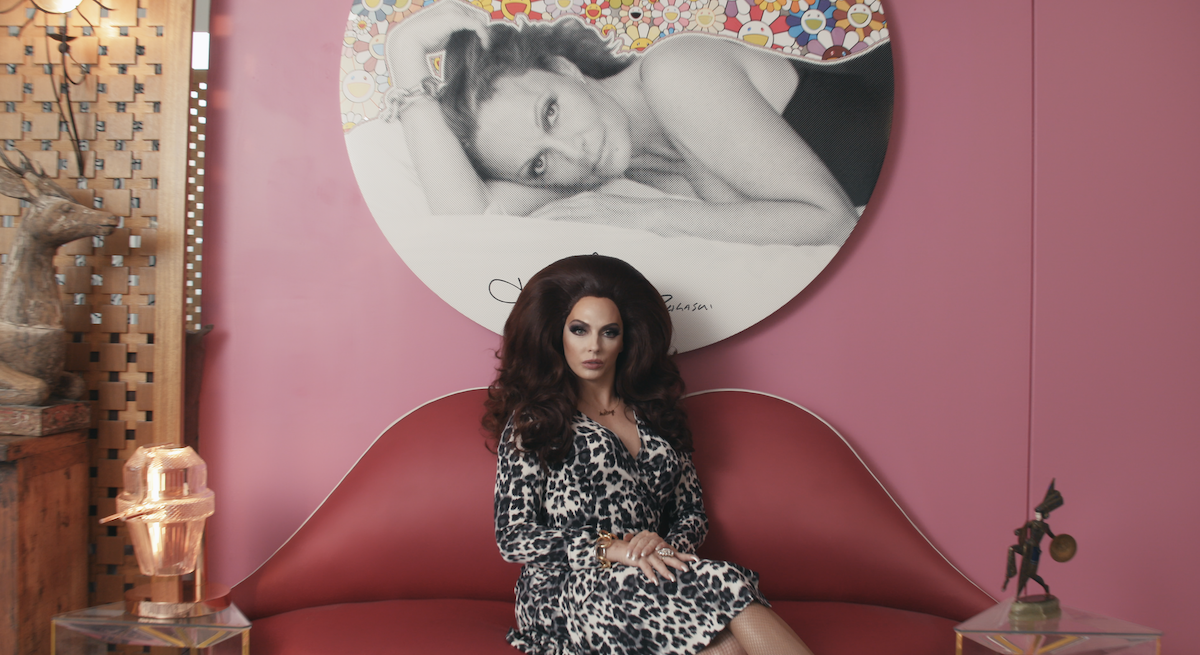 Girllllllllll….she’s gone and done it again. Ms. Edwards is back, back, back again, and this time she is sitting at the top of a fashion empire!

Fashion guru Diane von Furstenberg received a very special birthday video, starring none other than the one and only Alyssa Edwards. Draped in a signature DVF wrap dress and with her hair pumped to Jesus, Alyssa embarked on a day-in-the-life of von Furstenberg, one catty step at a time.

Scroll down to see the video!

DVF’s memoir, The Woman I Wanted to Be, acted as the central source of context and storyboard for the video as a camera crew followed Alyssa, decked out in a signature DVF wrap dress, throughout the brand headquarters recounting some of the most iconic excerpts from the book.

“Alyssa was the obvious choice,” said Liam McKessar, Director of Marketing & Communications for DVF in a statement released earlier today. “From the get-go, we wanted the role to be played by someone much like Diane – bold, funny, and that enters the world with a distinct point of view. We certainly found that in Alyssa.”

Could any other queen create all the sass that DVF is known for? We think not.

There were also special appearances by some of von Furstenberg’s closest friends that are sprinkled throughout the video. Who you might ask? The darling blondie Reese Witherspoon and Katy Perry make cameos, as well as Kris Jenner and Priyanka Chopra Jonas.

And the tongue-pop princess was more than willing to accept the role.

“What a blessing and an honor,” Edwards said in the statement. “Diane is an absolute fashion icon and having the opportunity to literally walk a day in her shoes opened my eyes to the woman that she truly is and the impression that she leaves on everyone that she encounters.”