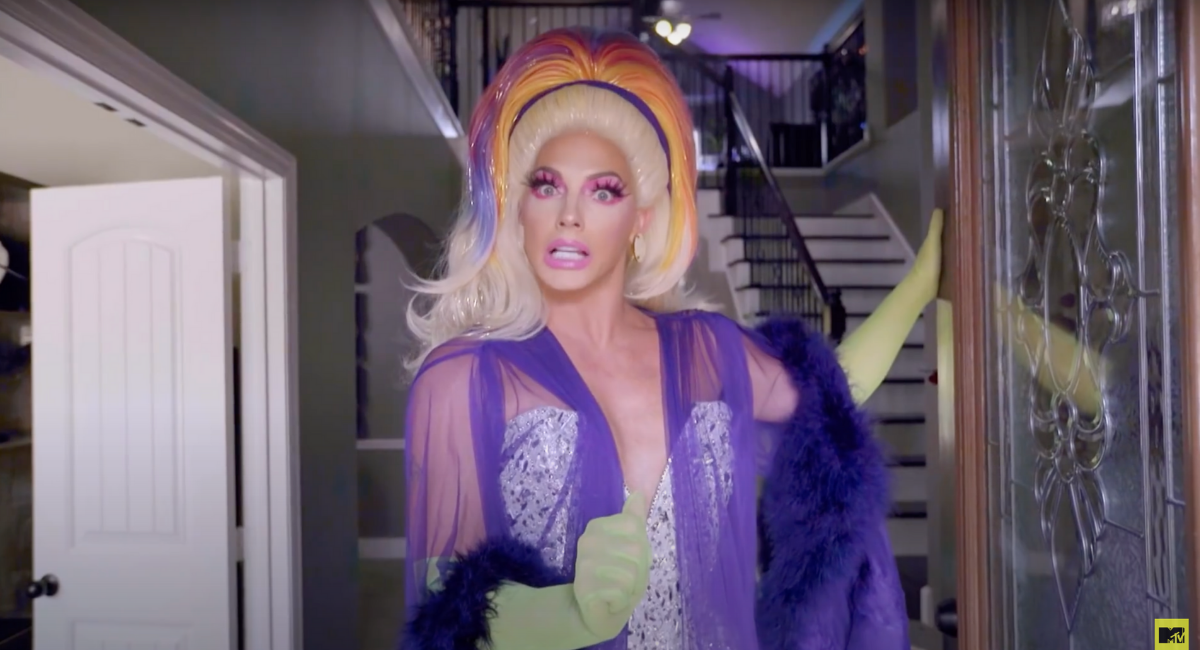 Ever wondered how your favorite queens from RuPaul’s Drag Race really live?

Well, they say that you can tell a lot about a person by their digs, and hunty, Ms. Alyssa Edwards is living it large! Just when you thought the tongue-popping Dancing Queen couldn’t get any more fabulous, MTV UK takes you deep in the heart of Texas for a glimpse inside of her sparkling palace.

Earlier this year, MTV International announced that they were relaunching their hit series “MTV Cribs” after a 12 year hiatus, with a star-studded lineup including British reality star Gemma Collins, “Selling Sunset’s” Christine Quinn, “The Vamps” member Bradley Simpson and yes, our very own Alyssa Edwards.

Trust us, Alyssa’s house will leave you gagged! The trailer of her episode was released last week, and you can expect to see a little bit of Alyssa – and a little bit of Justin, too.

From her pink neon glam room to an in-house recording studio, one thing is for sure: this Diva is not lacking for luxury. Her publicist created a TikTok featuring the behind-the-scenes filming that is a must-see!!

“MTV Cribs” debuted on the network’s international channels last month, but a U.S. version of the show is expected to premiere in early 2021.

So you’ll have to wait until next year to see the entire episode, but get your Haus of Edwards fix in the clip below.