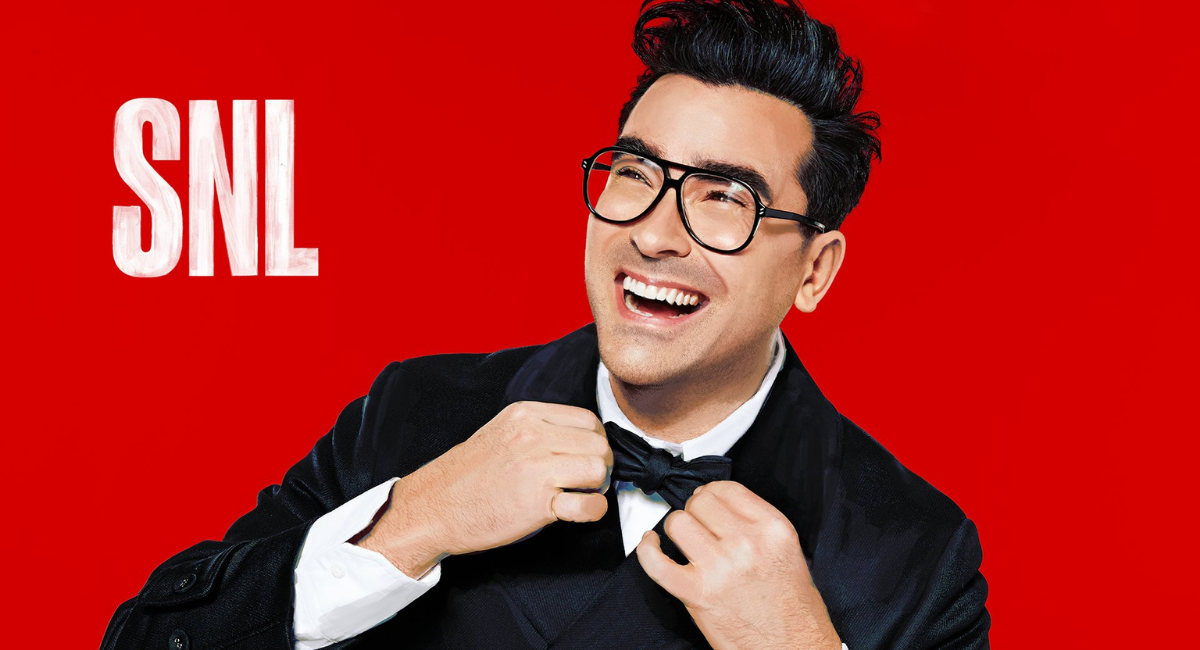 Dany Levy joins the band of LGBTQ+ celebrities to remind gay youth that while times may be tough, it will get better.

Recently, Saturday Night Live guest host Dan Levy, along with his queer cast mates, took a moment to shine a light on LGBTQ+ non profit, the It Gets Better Project. The skit features Bowen Yang, Kate McKinnon and Punkie Johnson alongside Dan and revisits the viral social media campaign that launched the organization over a decade ago. Watch the video below.

The SNL skit assured viewers that while it does get better for LGBTQ+ youth, that doesn’t mean that life is perfect. From Dan’s fear of income tax, to Bowen being tormented for his taste in music, to Kate’s hilarious battle with an iguana – it’s safe to say reaching adulthood can be an uphill battle.

Levy quickly became an icon among the LGBTQ+ community with his witty banter (and ridiculously fabulous wardrobe) in the hit POP series, Schitt’s Creek. The Canadian sitcom launched in 2015 and ran for six successful seasons.

As popularity grew for the hit series, so did the anticipation of how the writers would mold the storyline for Levy’ character David, and his on-screen boyfriend Patrick, played by Noah Reid. Can anyone forget that amazing serenade scene?

The It Gets Better Project is proud to continue to uplift, empower and connect the next generation of LGBTQ+ youth. After seeing the hysterical skit, Brian Wenke, Executive Director for the It Gets Better Project, shares that he “is honored to be a part of an organization that continues to maintain relevance 10 years after the viral social media campaign that gave it life.”

The It Gets Better Project is an essential source of validation and support for queer youth around the globe, and we’re excited to continue to amplify these voices.

All hail the queens! “RuPaul’s Drag Race UK” will return for a third season later this fall exclusively on WOW Presents Plus in the US, day-and-date with the BBC airing. The twelve queens competing for the coveted title of the next The UK’s Next Drag Superstar are:...

The Grand Dame Diva from the South is crossing the pond to make a legendary debut in the West End in a one-woman show called Alyssa: Memoirs of a Queen! Let's face it divas - it's been way too long since we've had the opportunity to get up-close-and-personal with our...