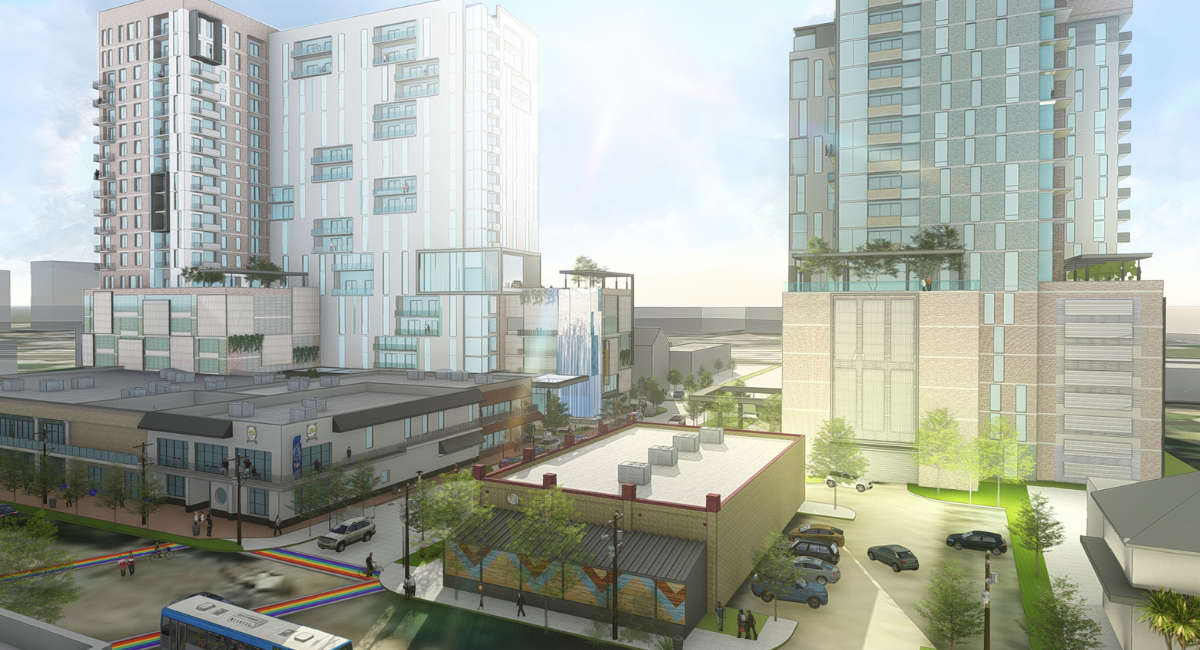 The Dallas LGBTQ+ Community Needs Your Help To “Save The Gayborhood”

Our brothers and sisters in Dallas, Texas are in the fight of their lives to preserve the nearly 50 years of LGBTQ+ history in the Cedar Springs Gay District, commonly referred to as the “gayborhood.”

Caven Enterprises, the anchor of the gay strip in Dallas and the parent company of four of its bars announced last year in November that they had entered into an agreement with PegasusAblon to redevelop their properties, while preserving the existing bars that have helped to shape the historic gay district over the past five decades.

And we do mean historic. In 2018, Dallas became the first city in the state with an official Texas Historical Commission subject marker on the corner of Cedar Springs and Throckmorton. The landmark acknowledges the longstanding LGBTQ+ community in Dallas, and their tumultuous fight for equality.

But the neighborhood is on the brink of extinction.

Dallas Voice, the community’s local newspaper, reported last year that other developers have approached the company with offers, but “each involved buying out the property and tearing down the buildings along Cedar Springs,” Gregg Kilhoffer, Caven CEO said. That would include the gay bars, and that would be devastating.

The project that is being proposed by PegasusAblon keeps the bars and that is crucial to preserving the gayborhood.

In fact, the plans for redevelopment would not only keep the bars open and thriving but would create additional (and much needed) residential space right in the heart of the neighborhood. The best part? The project would also include new restaurant and retail spaces, safer parking garages, and what is being called a “pocket park” where the community can gather, featuring a — wait for it — 70-foot-tall waterfall.

But Caven’s presence in the community extends much further than hosting places to party. For decades, the company and its bars have been the source for local and national nonprofits to host charity events and parties that benefit a number of LGBTQ+ causes.  Resource Center, Prism Health and GDMAF, to name a few, have partnered with Caven to raise awareness – and money – for crucial LGBTQ+ initiatives.

Following the horrific Pulse nightclub shooting in 2016, the Rose Room, a Caven bar, hosted a fundraiser to honor the brothers and women who were lost, and to raise money for the victims and their families. They donated nearly $10,000 to the LGBT Center of Central Florida. WATCH THE TRIBUTE BELOW.

As gay-recognized districts around the country are quickly becoming memories of the past, there is a real opportunity to save this one for future LGBTQ+ communities. It’s no secret that every major metropolitan city has to evolve and grow, and rarely do developers see the value in preserving the historical significance where they are breaking ground.

Mike Ablon, the project developer, understands the rich history of the district and the need to keep the bars open and operational. He recognizes the importance that the current landscape has to the community, telling D Magazine in an article: “That is a safe space, that is the heart and soul of the community, and you don’t displace that – you celebrate it, and you nurture it, you fortify it.”

Ed Oakley, a Caven board member says that, “This will take Caven property to the next level.”

In an effort to see this project move forward, community members have created a petition called Save the Gayborhood and are asking for support. The Dallas City Council (of whom three council members are openly gay) is expected to vote on the measure later this year, and will ultimately decide the fate of the gayborhood.

Here’s the reality of the situation: this project happens, or the gayborhood is no more. Plain and simple.

Live in the Dallas Gayborhood,

Have celebrated in the Dallas Gayborhood,

Wish to preserve the legacy of the Dallas Gayborhood…

Help our Dallas divas and sign the petition now.