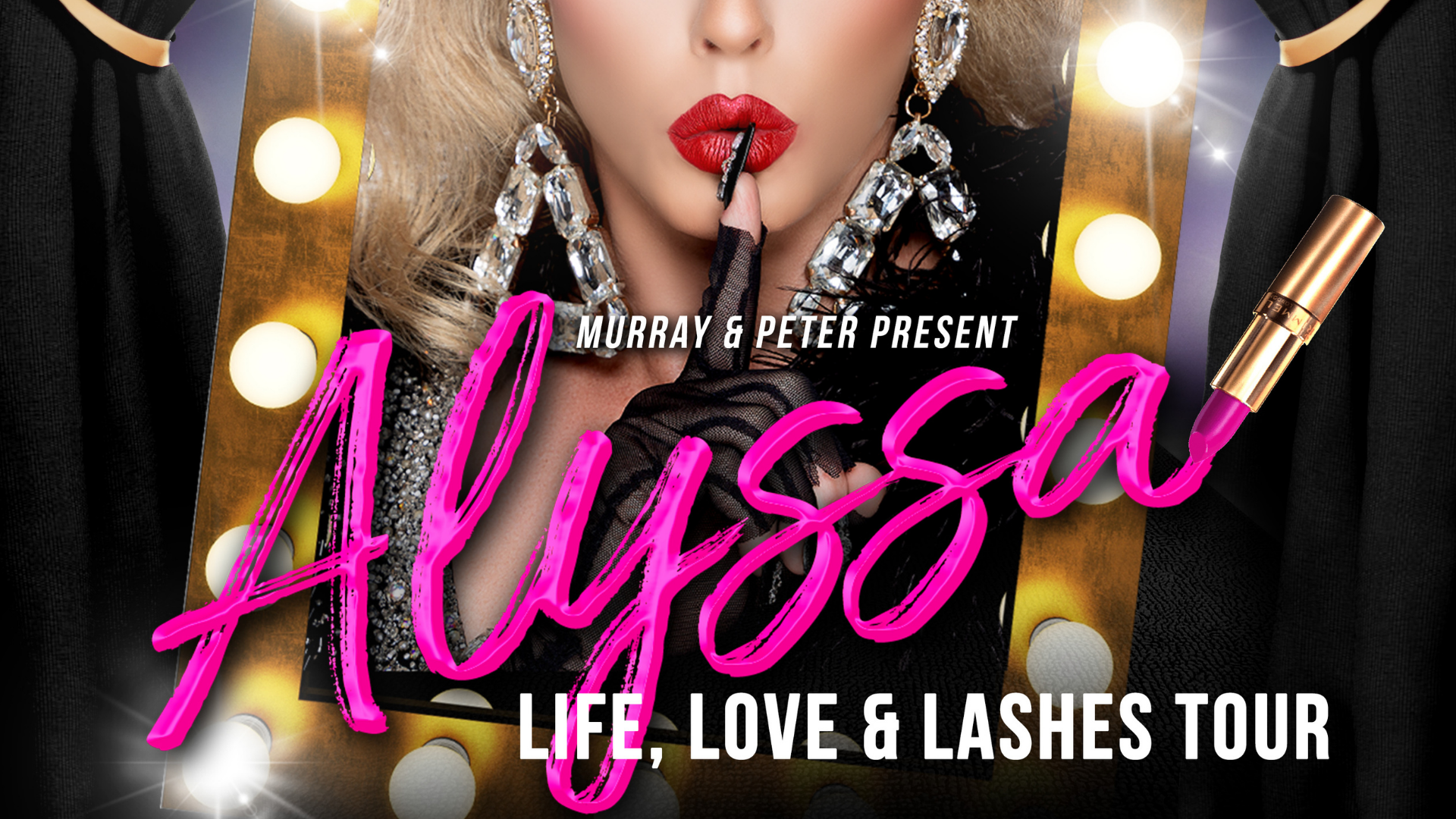 She’s gone and done it again.

Start your engines!! This May, the one-and-only Grand Dame Diva from the South is gonna twirl her way from LA to NYC! Our favorite Dancing Queen just announced a coast-to-coast one-diva tour, entitled Life, Love & Lashes.

You might remember that Queen Alyssa sold out her critically acclaimed stint at the Vaudeville Theatre in London’s historic West End last year. Well divas, she promises “longer lashes, bigger wigs and louder tongue pops” in this expanded, reimagined extravaganza launching at the House of Blues in Dallas, Texas on Tuesday, May 10, 2022.

The show is produced by Murray & Peter Present – the fellas behind DragFans.com, who have produced cross-country tours for a number of our favorite queens.

CHECK OUT THE VIDEO BELOW!!!

“This is a side of her that you have never seen before,” said show producer Murray Hodgson. “We wanted to take the audience on a legendary theatrical journey – touching every arc of the rainbow that is the life of Alyssa. What she delivers on that stage is pure magic, and her fans will be left both shocked and inspired.”

Slated as a “love letter from Alyssa,” the show chronicles her yellow brick road to fame, laced with intimate anecdotes of a young boy with big dreams to the adventures of a budding superstar.

Will we finally learn exactly what is Alyssa’s Secret?

The 90-min show is a comedic and campy recital – packed with audacious reveals, gag-worthy costume changes and powerhouse performances by the “Dancing Queen” and her troupe of bodacious backup dancers.