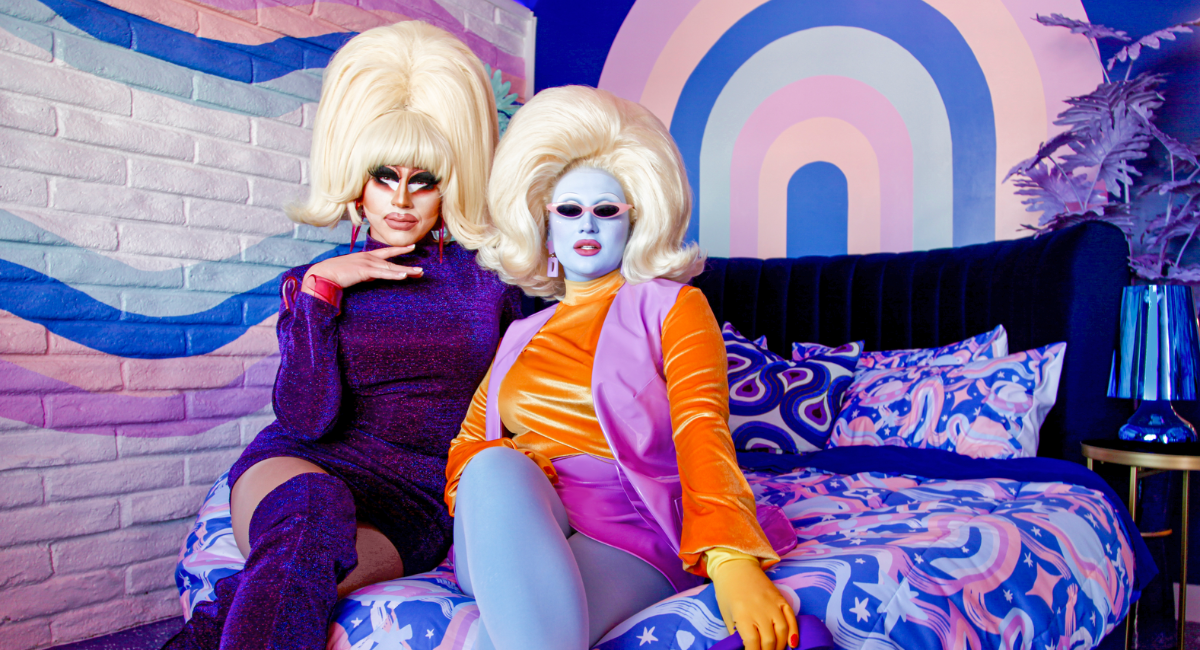 Divas, it is blazing hot coast-to-coast, so while Palm Springs might not be the coolest oasis, there is one reason it might just be this summer’s destination to be. Queue the big wig and guitar.

Last week, Discovery+ aired the season finale of Trixie Mattel’s renovation show Trixie Motel – aka the fiercest, most fabulous renovation show to ever grace our screens. And trust us, this is one that you do not want to miss.

A buxom powerhouse and mogul in the making, if there is one thing that you know about Trixie it’s that she’s a woman on the move. After conquering the folk music scene, creating a signature makeup line and snatching a crown, what’s left for a girl to do? Clearly the answer is gut a motel in the world’s gayest resort city, adding all the sass a diva could ask for – and do it all on camera, HGTV style.

With help from her partner, David Silver and designer Dani Dazey, the RPDR champion is giving us episode after episode of full transformation – sans the tucking. This dreamhouse is glamorous enough for one Miss Barbie herself. The only thing missing is the pink Corvette.

But all that camp comes at a cost. Trixie invested millions of those hard-earned drag coins into this project, calling it the “gaggiest, most iconic motel that has ever existed.”

But Trixie ain’t the only star power you’ll catch on the show. From Lisa Vanderpump to Jaida Essence Hall and Juno Birch, every episode adds a little something special to the mix with celebrity guests (literally) making their cameo. Make sure to sound off and let us know which was your favorite.

If you haven’t watched already, you can stream all eight episodes through Discovery+ now. And for you cheap queens not willing to buck up the coins for the streaming platform, catch some eye candy on the motel’s Instagram.